Hank Campbell
It's not often that I can say I am stunned by a judicial decision but I have been talking about Yucca Mountain since President Obama took office and immediately honored his deal with Sen. Harry Reid of Nevada to kill the project, after every study by scientists found it the safest place for 70,000 metric tons of high-level waste and a whole lot of money had been spent.

It was the most flagrant scientization of politics in recent memory - and the court has taken notice.

In what the Wall Street Journal calls a "major rebuke" the D.C. Circuit Court of Appeals issued a writ of mandamus to the administration - mandamus is Latin for "we command" and is a direct judicial order compelling the government to fulfill its legal obligation. The Nuclear Waste Policy Act requires that the NRC "shall issue a final decision approving or disapproving" applications within three years of submission. The application for Yucca Mountain was in 2008. President Obama tried to get the Department of Energy to withdraw the application but that was also illegal. The President cannot just overturn laws made by Congress.

So the president has instead stacked the Nuclear Regulatory Commission with appointees opposed to nuclear power and specifically Yucca Mountain. The current head of the NRC is a non-physicist whose primary qualification seems to have been writing an advocacy book against Yucca Mountain.

But that is the past. The good news is that the court, with a somewhat surprising decision, has declared there will be no more stalling, like the administration has done on other projects it happens not to like, such as Keystone XL.

The bad news: The president will now insure that the NRC does not get the millions they claim they will need to 'process' the application for Yucca Mountain. Since he won't give them the money, and his fellow Democrats are firmly against energy science and won't overrule him, the NRC can't approve it (or not approve it, though they have no science or legal basis to do that) and it will never happen. Dissenting Appeals Court Judge Merrick Garland said ordering the NRC to process the permit without enough money "amounts to little more than ordering the commission to spend part of those funds unpacking its boxes and the remainder packing them up again." 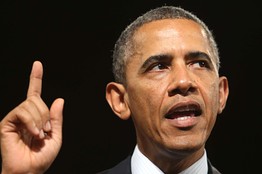 So we know how it is likely to end (at least until 2017) but the decision by the court merits some interest as a watershed anyway. The difference between Yucca Mountain and Keystone XL is that a Yucca Mountain decision is Federal law - by insuring that the NRC does not consider the license, the administration has forced the court to issue this "extraordinary remedy". Judge Brett Kavanaugh wrote for the 2-1 majority that the case "raises significant questions about the scope of the Executive's authority to disregard federal statutes."

It may mean that the days when the administration could just pick and choose which laws to honor are over.

As The Wall Street Journal  puts it, "A federal court is stating, overtly, that federal regulators are behaving as if they are a law unto themselves."

If the president and the NRC worked on Wall Street, they would already have been indicted. When you are the government, it is just politicization of science as usual.

If you are interested in other violations of science by political interests, you can still buy Science Left Behind in hardback, at fine retailers everywhere.
Science 2.0
More Articles All Articles
About