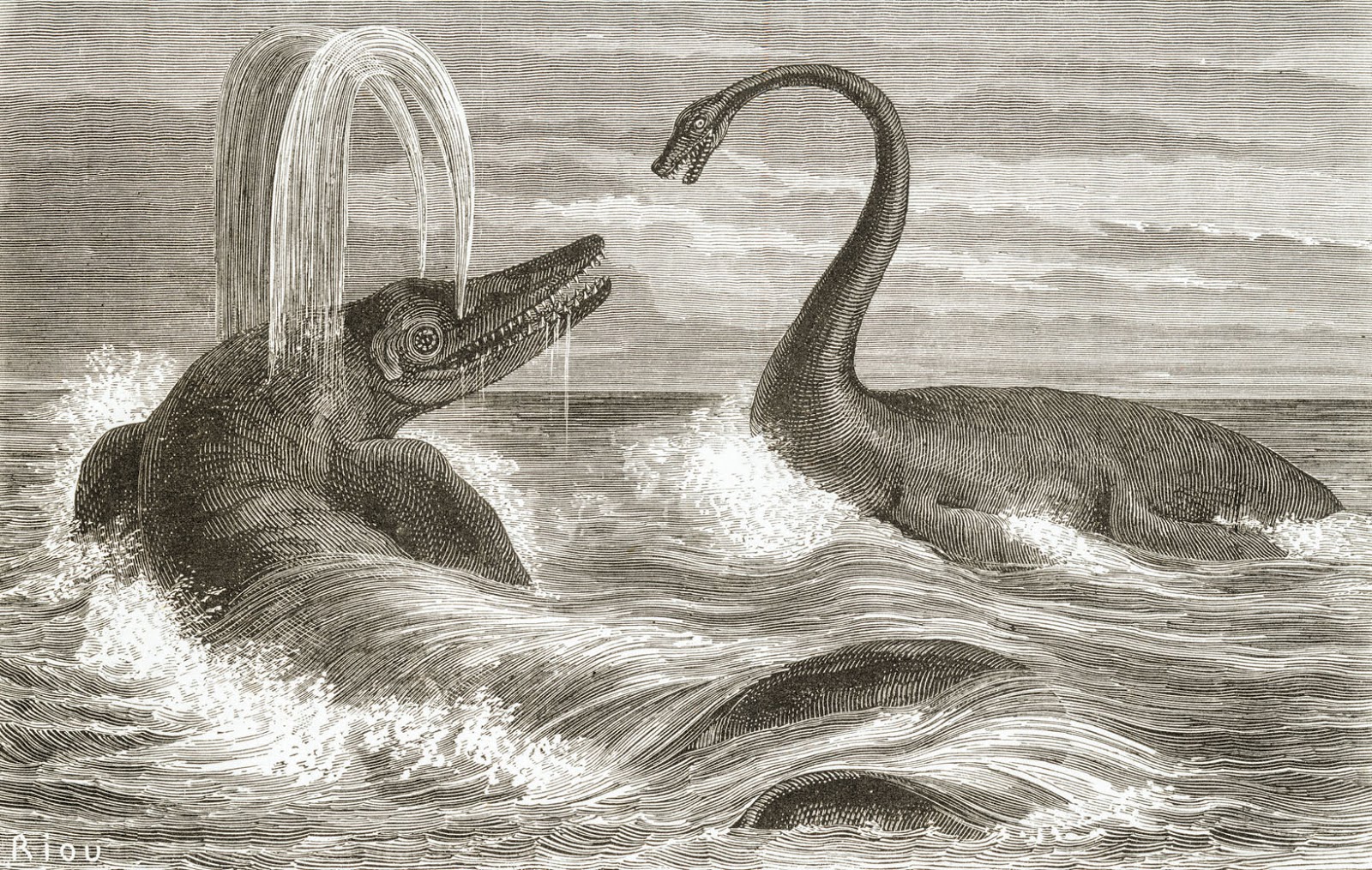 During the early Triassic period, ichthyosaurs evolved from a group of unidentified land reptiles that returned to the sea. They were particularly abundant in the later Triassic and early Jurassic periods before being replaced as premier aquatic predator by another marine reptilian group, the Plesiosauria, in the later Jurassic and Cretaceous periods.

In the Late Cretaceous, ichthyosaurs were hard hit by the Cenomanian-Turonian anoxic event (OAE 2). The OAE 2 occurred approximately 93.9 ± 1.5 million years ago. We see evidence of a carbon cycle, oxygen and sulfur cycle disturbance in the ocean through positive carbon-isotopes from rocks of this age. Rocks from Tibet show the Earth's oceans starved of oxygen for 820±25 thousand, nearly half a million years. Both the atmospheric and ocean temperatures rose, with CO2 at least four times present levels. As the deepest benthos layers of the seas became anoxic, poisoned by hydrogen sulphide, deep water marine life died off. We lost 27 percent of all marine invertebrates. Planktic and benthic foraminifera, mollusks, bivalves, dinoflagellates and calcareous nannofossils died off. This absence caused a cascade that wreaked havoc all the way up the food chain.

At the end of that chain were our mighty predaceous marine reptiles. Bounty turned to scarcity and a race for survival began. The ichthyosaurs lost that race as the last of their lineage became extinct. It may have been their conservative evolution as a genus when faced with a need for adaptation to the world in which they found themselves and/or being outcompeted by early mosasaurs. Photo: Ichthyosaur and Plesiosaur by Edouard Riou, 1863