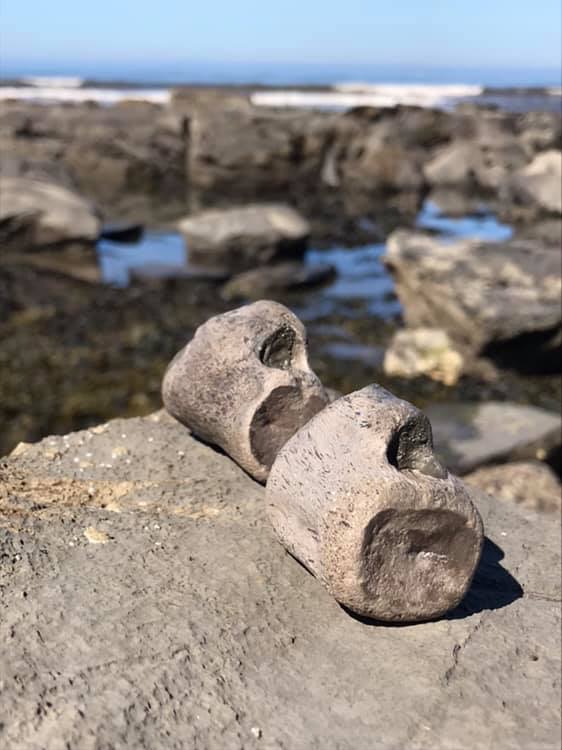 Plesiosaurus were large, carnivorous air-breathing marine reptiles with strong jaws and sharp teeth that moved through the water with four flippers. We'd originally thought that this might not be the most aerodynamic design but it was clearly effective as they used the extra set to create a wee vortex that aided in their propulsion. In terms of mechanical design, they have a little something in common with dragonflies.

We've recreated plesiosaur movements and discovered that they were able to optimize propulsion to make use of their own wake. As their front flippers paddled in big circular movements, the propelled water created little whirlpools under their bellies.

The back flippers would then paddle between these whirlpools pushing the plesiosaur forward to maximal effect. They were very successful hunters, outcompeting ichthyosaurs who thrived in the Triassic but were replaced in the Jurassic and Cretaceous by these new aquatic beasties. Our ancient seas teemed with these predatory marine reptiles with their long necks and barrel-shaped bodies. Plesiosaurs were smaller than their pliosaur cousins, weighing in at about 450 kg or 1,000 lbs and reaching about 4.5 metres or 15 feet in length. For a modern comparison, they were roughly twice as long as a standard horse or about as long as a good size hippo.

Plesiosaurs first appeared in the latest Triassic, during the Rhaetian. They thrived in the Jurassic and vanished at the end of the Cretaceous in time with the K-Pg extinction event along with a host of other species.

They are one of the marine reptiles that we associate with the infamous Mary Anning, a paleo darling of the early 19th century who found the first fossil remains in the winter of 1823. These two vertebrae These two lovely plesiosaur vertebrae were found by Liam Langley on the Yorkshire Coast of England and grace his home. Anning's plesiosaur can be viewed in London's Natural History Museum.
Fossil Huntress
More Articles All Articles
About