Hontas Farmer
Arecibo while no longer unique in design since China built a similar and larger telescope was special. What should replace it is something that will exceed what it is able to do. There is already a well formed plan for such a radio telescope using a properly chosen lunar crater. Taking an existing landform and using it for the dish reduces the work that needs to be done. Locating this hypothetical observatory on the Moon’s far side would shield it from most all man made radio noise. Combining data from a Moon based radio telescope with that from Earth based radio telescopes could result in data of a detail that we may not match for another century. This is doable with current technology.

Arecibo was one of the greatest observatories of its kind. While a better angular resolution can be achieved via arrays of smaller telescopes, only a large disk can give sensitivity to weak signals as well as great single dish angular resolution.

The simplest version of the plan involves using the bare lunar surface itself as a reflective surface supplemented with a deployable wire mesh of about one kilometer in diameter. 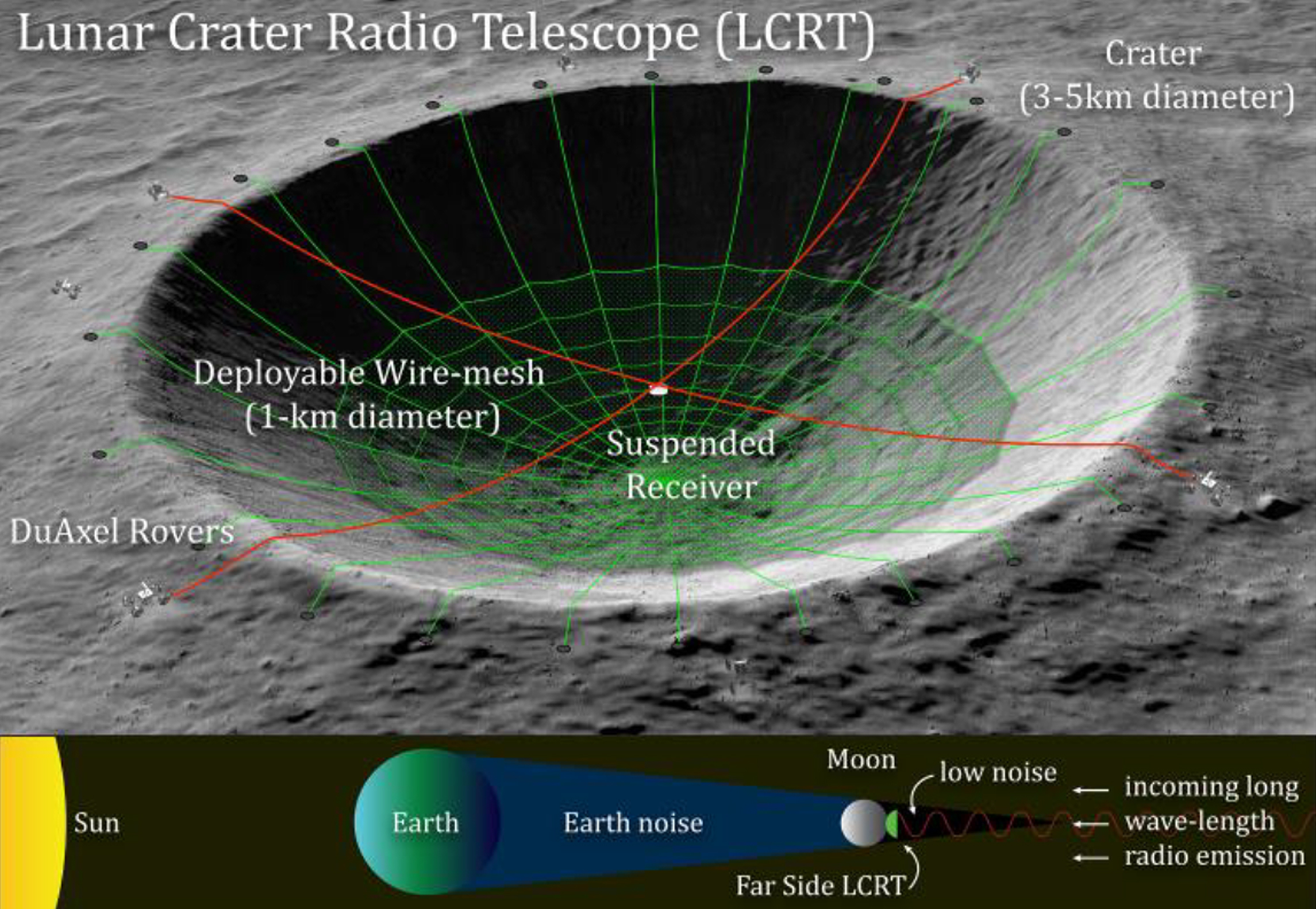 NASA has made a real study of creating a Lunar Crater Radio Telescope. This can of course be improved by placing a finely machined reflector surface in the crater. This is one of the eventual outcomes that could result from establishing routine access to the Moon via the Artemis program and what will follow it. However, the sheer size would result in radio images without parallel. An improved version of this could even be used with Very Long Baseline Interferometry to achieve angular resolutions at 1m wavelength of 0.53 arc seconds. If it can be upgraded or modified to receive 21 cm hydrogen line signals the angular resolution of this telescope as part of an array would be 0.11 arc seconds. Orders of magnitude better than what can be achieved with Earth based telescopes alone.

The key to a future of astronomical productivity into the late 21st century will depend on a robust human space flight program. After telescopes like the EELT and the TMT are built, and productive, space near Earth will become lies in a robust human space flight program. With the sky becoming more polluted with the reflected light from more and more satellites. With the radio spectrum being more utilized for communications, the only place to study deep space will be from deep space.

The key to future technologies like fusion powered by Helium 3 or building solar power collectors in space from in situ resources, solving the problem of our energy needs in an enduring manner lies in space technology, engineering and basic research.
Look to Arecibo and think not of what we have lost but of what we have learned. We can build such things. Things that had they not yet been done would look like science fiction and fantasy. It is up to us to build the future we want to live in.

The Lunar Crater Radio Telescope is hardly the only idea under consideration. Check out this interesting video.