Noting the differing proportions of human hands versus those of other primates, Michael Morgan and David Carrier of the University of Utah concluded human hands are better suited for making fists. They wondered whether this confers an evolutionary advantage.

They had experimental subjects with experience in martial arts punch a workout bag. Stress gauges measured the force transmitted through the subjects’ fists. The authors reported:

...the proportions of the human hand provide a performance advantage when striking with a fist. We propose that the derived proportions of hominin hands reflect, in part, sexual selection to improve fighting performance.

At least they said they “propose,” a word that is weaker than “conclude.”

Fellow S2.0 blogger Damon Isherwood has already critiqued the study’s assumptions about violence in human evolution. I’ve got different bones to pick with the researchers.

The first has been posted by blogger James Showalter, with colorful reference to the monolith scene in Kubrick’s 2001. Why, Showalter asks, wouldn’t an early man with a beef against another early man just bash him with a stick? I’ll add that If our direct progenitors thrived in a region with no handy sticks or rocks, that would be a bigger story than stuff about fists. Might they have fought with fists eons before glomming onto tool use? This possibility was not addressed in the article, much less established. Of course if Ogg attacked Ugg with a stick, Ugg may have had to defend himself empty-handed.

I’m betting that in good old university research style, the subjects were not told the purpose of the research. Experienced martial artists2 would have advised the researchers of the un-advisability of hitting a person with the fists. The probability of landing a punch on hard tissue is high when the opponent is moving. This means the chances of damage to the fist equal or exceed the chances of damaging the opponent. (Punches to the soft abdomen or kidneys of a slowly moving opponent can be disabling. But these sucker-punch situations are rare.) How long would a prehistoric guy survive with a broken hand? Competing for a mate, “individuals who could strike with a clenched fist could hit harder without injuring themselves,” says one of the authors. Sorry, but it’s just not true. Modern boxing gloves protect the punchee and the puncher equally.

The article mentions U. of Utah’s Institutional Review Board. Not only did the researchers not test subjects’ punches against a hard target, but the IRB would not have allowed it if the researchers had wanted to do it. This is a serious weakness of the study that is not mentioned in the paper.

And sticks ‘n’ stones are not the only alternative to fists. Experienced martial artists will confirm what anyone with a mechanics background would guess: You can hit someone a lot harder with your elbow than with your hand. Fewer joints to attenuate the force generated by the body.

Critically for this study, there is little difference (at least to my eyes, untrained as I am in primatology) between human and (say) chimpanzee elbows. Thus, no evolutionary advantage from being good at hitting.

The authors found little difference in force transmission between open-handed blows and punches. They note the force per unit area is greater with a fist, and assume this has importance for combat. It doesn’t, much. An open-hand slap to the ear or neck is quite enough to induce shock, and a palm strike will break a nose, usually putting the opponent hors de combat.

All experimental subjects were male. Did the authors assume women do not fight with fists? Laila Ali would be interested to know. “Sexual dimorphism is larger when there is more competition among males in a primate species,” says the coverage that appeared both in phys org and in Medical News Today. It quotes author Carrier: “The difference between the sexes is mainly in the upper body and the arms, and especially the hands. It's consistent with the hand being a weapon." 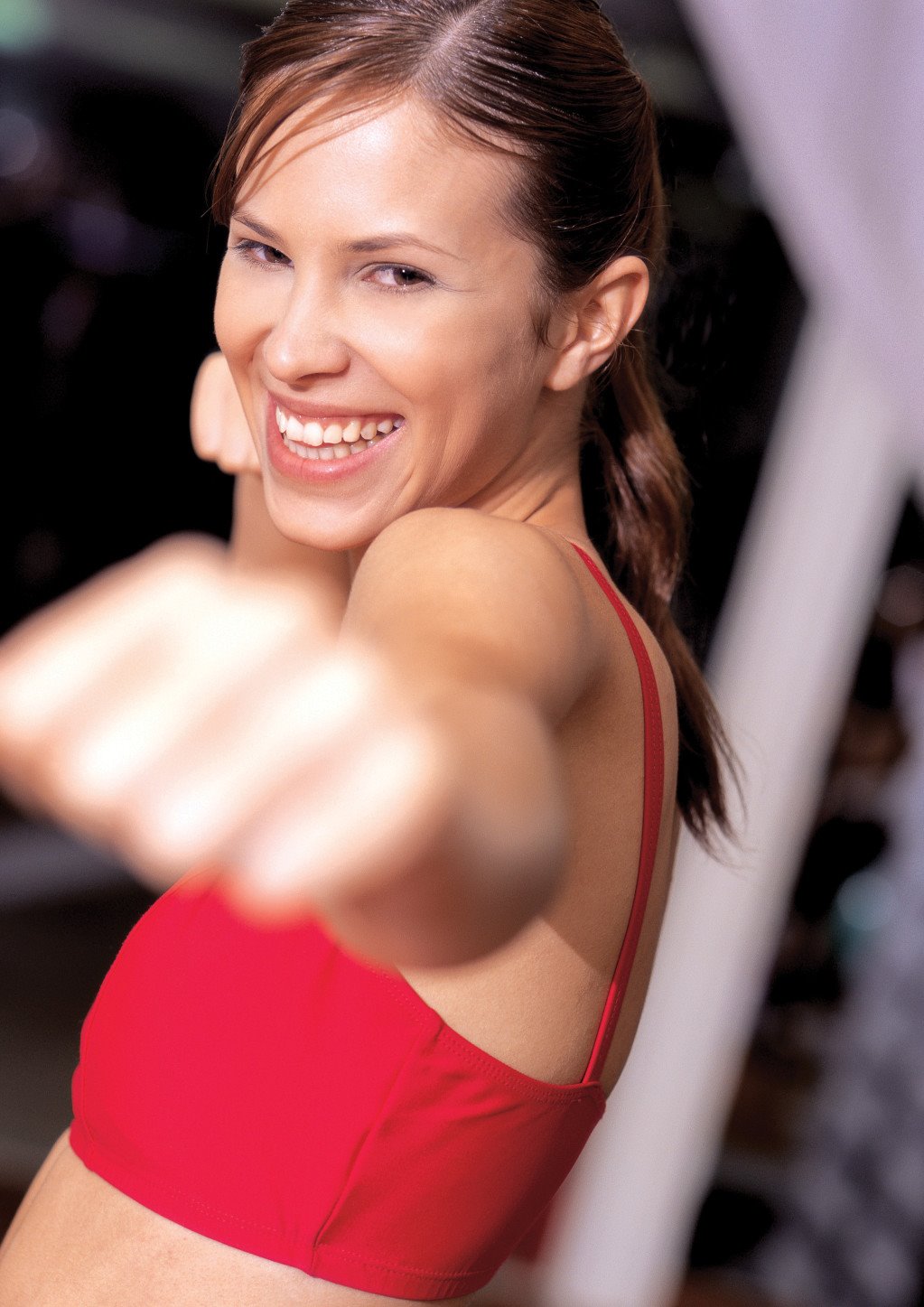 Especially the hands, eh? If fists are an instrument of male sexual competition, the dimorphism principle calls into question whether (or why) human women can make strong fists. Of course the many members of the International Female Boxers Association and the Women's International Boxing Federation don’t worry about this. But why didn’t the Utah researchers worry about it?

Science2.0 pokes a lot of fun at squishy social science. I’ve enjoyed this chance to punch holes in a study from one of the supposedly harder sciences. Evolution is a fact, but much of evolutionary psychology and allied disciplines is speculation. This study, in particular, gets a grade of not at all convincing.

2 Including me, with 40 years training in, studying, and teaching martial art, http://www.generalinformatics.com/CM/aikido.htm