A true story. To protect the innocent – and the writer – I’ll use no names.

The president of a large, multi-national engineering and construction firm decided to attract more contracts by reducing customers’ risks. A sound decision, yes?

It was what he did (which was to offer fixed-price contracts instead of cost-plus contracts) and how he did it (by developing his people and by continuous process improvement) that got him fired - even though the move was showing every sign of success.

So why was he dismissed? The answer lies in that ol’ stereotype of the corporation as an externality-generating machine.

As I wrote here,

…if you neither own the factory nor buy its products, but it pollutes the stream behind your house, you suffer from a “negative externality.” If you are in business and a competing firm locates near you, you may find it easier to recruit well-prepared employees. This effect, sometimes called “knowledge spillover,” is a positive externality.
Cynics call modern corporations “externality-generating machines,” because the corporations’ mission is to internalize revenues while externalizing costs and risks. That is, the corporations create all possible negative externalities, in order to keep growing their stock price in a brutally globalized market. If it’s cheaper for them to pollute than to clean their effluent, then they’ll pollute, leaving cleanup costs and public health consequences to the taxpayers. 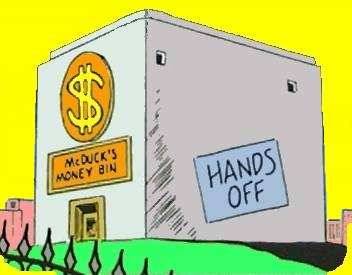 In this sad but all-too-true situation, boards of directors reward CEOs for externalizing risks. Want proof? Out of $175 billion paid by the government to bail out the banks after the crash, “Banks Paid $32.6 Billion in [executive] Bonuses.” That’s an externalization of cost. Risk means there’s the chance of future profit/loss, and “Since the feds bailed out Bear Stearns in March 2008, the six largest U.S. banks and their main trade associations have dropped roughly $600 million on lobbying” to ensure the right to remain “too big to fail.” That is to say, the failure of these big banks would so harm the US economy that taxpayers would again have to cover major losses stemming from the banks’ risk-taking.

Back to the president of our construction company, which was part of a huge family-controlled conglomerate. He was saying (in effect), “We’re so good at what we do, we can take the risk back from our customers – and maybe some from our insurer - and thereby gain competitive advantage.” And they were good: Variances against estimates of cost, quality, and schedule (which are the sources of risk) had been minimum for some years, and were getting smaller. The employees were smart and conscientious, and empowered to constantly try new improvements in service. Business and engineering competence pretty much at their best.

Companies pull profits in-house, while pushing costs and risks to the public.

Do you see how this upset the corporate apple cart? The president’s actions effectively said that externalizing risk is not smart, but on the contrary is a sign of incompetence. The presidents of the other group companies – not to mention the global business culture in general – could not let that stand.

Our president, not a member of the family and none too influential with the group board of directors, was outta there.

But not before his story got out. It’s a powerful story that, if I may be grandiose here, could help save the world. It says that executives who shaft people and pollute the environment are not simply rapacious; they are dopey. If public outrage hasn’t changed their behavior, perhaps public ridicule will.

I wonder whether our president knew how far he was tipping that cart. Far from understanding the personal risk he was taking on, he might simply have been striving to improve business practice and increase the company’s trade. I don’t know. Either way, though, we need to see more CEOs behaving as he did.