In the 21st century science is growing more technical and complex, as we gaze further and further while standing on the shoulders of many generations of giants. At the same time the public has a hard time understanding research and its relevance to society.

One of the reasons for this is that scientists do not spend enough time communicating their findings outside their own scientific community. Obviously there are some exceptions, but the rule is that scientists write content for scientists. Academia is often perceived as an ivory tower, and when new findings are shared with the outside world, this is not done by scientists, but by the media or even the political class.

The problem is that these external agents do not have the necessary background to digest and properly communicate complex knowledge with the rest of society. They often misunderstand, over-hype and in some case even distort the results and views of the scientific community.

It’s ironic and somewhat frightening that the discoveries and recommendations for which society invests substantial economic and human capital, are not directly disseminated by the people who really understand them.

At the same time, transparency and reproducibility are at stake in the increasingly complex world of research, which is still using old-fashioned tools when packaging and sharing content. This is not only a big problem for research itself, but can give science a bad name in front of the public opinion, which increasingly does not understand and trust the work of scientists.

To the average tax-payer science is often cryptic, with most recently published papers behind a pay-wall and the majority of research virtually inscrutable. In this scenario it is hard for the public to access and capture the relevance of scientists’ work. I strongly believe that a society that does not trust its scientists is set on a dangerous course.

1. Make their research more accessible, transparent and reproducible, so that it can be trusted and better understood by their peers and the public at large.

2.      Learn to efficiently share and communicate their research with the public 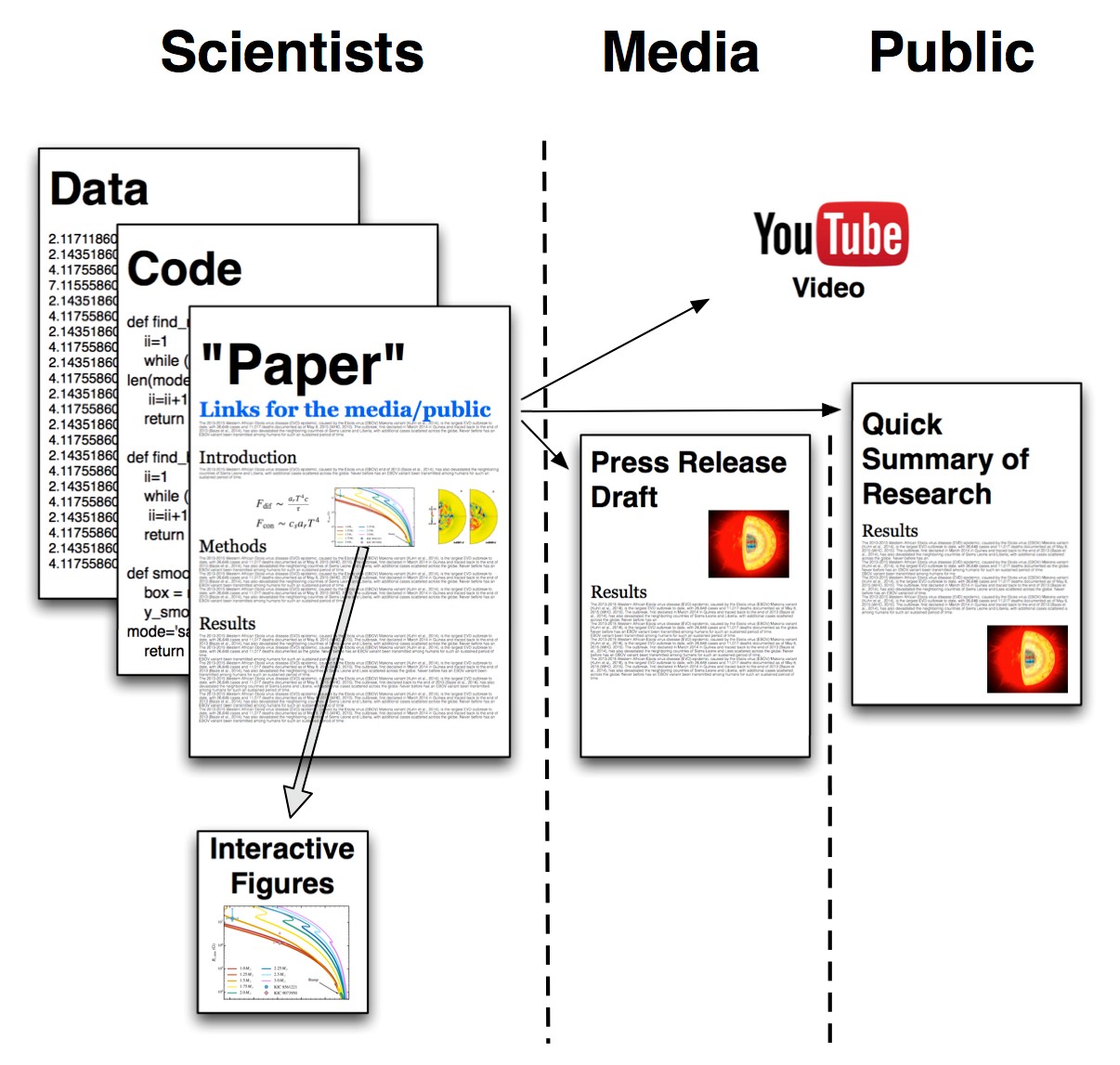 PFOS should be package in bundles containing documents that are reproducible, interactive and multi-layered. Papers should contain all the information to reproduce the described research (including data and code). It should also allow the reader to interact with its content, for example through interactive figures.

Most importantly, scientific papers should also contain links to “supplementary” documents created for a larger audience. A good start is to include a draft of a press release, where the media can find the most relevant facts and a few quotes from the scientists.  A quick research summary for the layman should be included as well, where the authors can tell the general public a brief story about their work (maybe in a short video) and explain its potential impact on science and society.

Matteo Cantiello obtained his PhD in Astrophysics at the University of Utrecht, in the Netherlands, with a dissertation on the View Profile