It used to be said that men predominantly liked salty snacks and women liked sweets. Food preference, in that sense, was related to chromosomes.

It may go deeper than that. Even your preference for fats, carbohydrates and proteins may be genetic. Researchers have found that the apolipoprotein A-II gene (APOA2) is associated with proportions of fat, carbohydrate, and protein in the diet, total calories and, therefore, with body-mass-index (BMI. 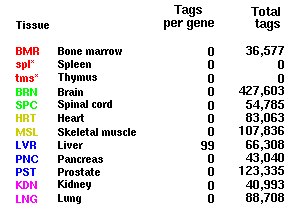 Jose Ordovas, PhD, corresponding author of Study Finds Dietary Fat Interacts with Genes and colleagues analyzed genetic alleles, or variants, in the APOA2 promoter, a region that controls expression, or behavior, of the APOA2 gene. The alleles of the APOA2 promoter, T and C, form combinations; TT, TC, and CC, which indicate genotype. Of more than 1,000 study participants, approximately 85 percent had the common TT and TC genotypes, whereas 15 percent of participants had the CC genotype.

Study participants, who were part of the Genetics of Lipid Lowering Drugs and Diet Network (GOLDN) Study, funded by the National Institutes of Health, were asked to fill out dietary and lifestyle questionnaires. Researchers measured participants’ weight, height, and waist and hip circumference, along with blood lipid levels both before and after a high-fat meal.

“This study adds to our understanding of the relationship among nutrition, genetics, and obesity,” says Ordovas, who is also a professor at the Friedman School of Nutrition Science and Policy at Tufts. “Nutrients from the foods we eat activate proteins in our body, which in turn bind to promoter regions, like the APOA2 promoter. These promoters then tell our genes how to behave,” he explains. “Understanding these relationships may help to shape future recommendations for prevention of undesirable health outcomes, especially in populations that may be genetically vulnerable to certain dietary patterns or specific nutrients. More studies are needed in diverse populations to determine if APOA2 might play a role not only in food preferences, but also in satiety signaling.”

In an earlier study investigating the link between genes and diet, Ordovas found that, for most adults in the Framingham Heart Study, fat intake was associated with BMI. However, for 13 percent of the study population with a specific allele of the apolipoprotein A5 gene (APOA5), higher dietary fat was not related to a greater BMI.

This work was supported by a grant from the National Heart, Lung, and Blood Institute, part of the National Institutes of Health. It was also supported by the U.S. Department of Agriculture Agricultural Research Service, the chief scientific research agency of the USDA; Ministerio de Educacion, Spain; and Centro de Investigación Biomédica en Red (CIBER) from the Instituto de Salud Carlos III (ISCIII), Spain.