Klyuchevskoy (pronounced Kloo-shef-skoy), a stratovolcano located in the north central region of the Kamchatka Peninsula, is blasting ash up to 32,000 feet in the air, and has diverted air traffic headed toward the Far East.

This is the largest eruption to occur in the North Pacific in a decade, and is providing students at the University of Alaska Fairbanks a unique opportunity to collaborate with scientists, as well as state and federal agencies.

Klyuchevskoy’s been erupting since January, but the largest explosions in the eruption began June 28, 2007.

These explosions created a 1,360-mile-long band of ash, stretching from the Sea of Okhotsk to the Aleutian Islands, clogging well-used air routes with volcanic ash that prove deadly for aircraft. 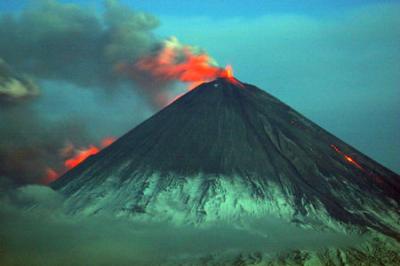 This photo captures strombolian activity and lava flows of Klyuchevskoy volcano on May 31, 2007. Credit: Photo by Yu Demyanchuk

“It’s best for us to keep an eye on Klyuchevskoy,” said Ken Dean, a professor of geology specializing in remote sensing with the Geophysical Institute and the Alaska Volcano Observatory. “Any ash that travels to Alaska is drifting right through the superhighway of air travel to the Far East. It’s critical for us to understand how distal plumes are moving.”

The eruption of one volcano will have far-reaching affects. Although Klyuchevskoy is located in Kamchatka, its ash crossed the Bering Sea and reached Unimak Island in the Aleutians within one day. Volcanic ash moves quickly through the atmosphere, so it’s important for scientists to have up-to-date information at their fingertips to generate a response plan.

Puff prediction showing Klyuchevskoy ash extending to Unimak Island in the Aleutians. This image was generated June 29, 2007. Puff is a three-dimensional volcanic ash computer model used to forecast how volcanic ash moves through the atmosphere after an eruption. The computer model was developed at the University of Alaska Fairbanks. Credit: Image courtesy Geophysical Institute/Alaska Volcano Observatory

Twice a day, the GI/AVO team goes through a rigorous process to examine the current condition of the more than 150 active volcanoes in the North Pacific. In addition, faculty is on call 24-hours a day to respond to large events like the recent explosions from Klyuchevskoy to guarantee information is shared and public safety is addressed. 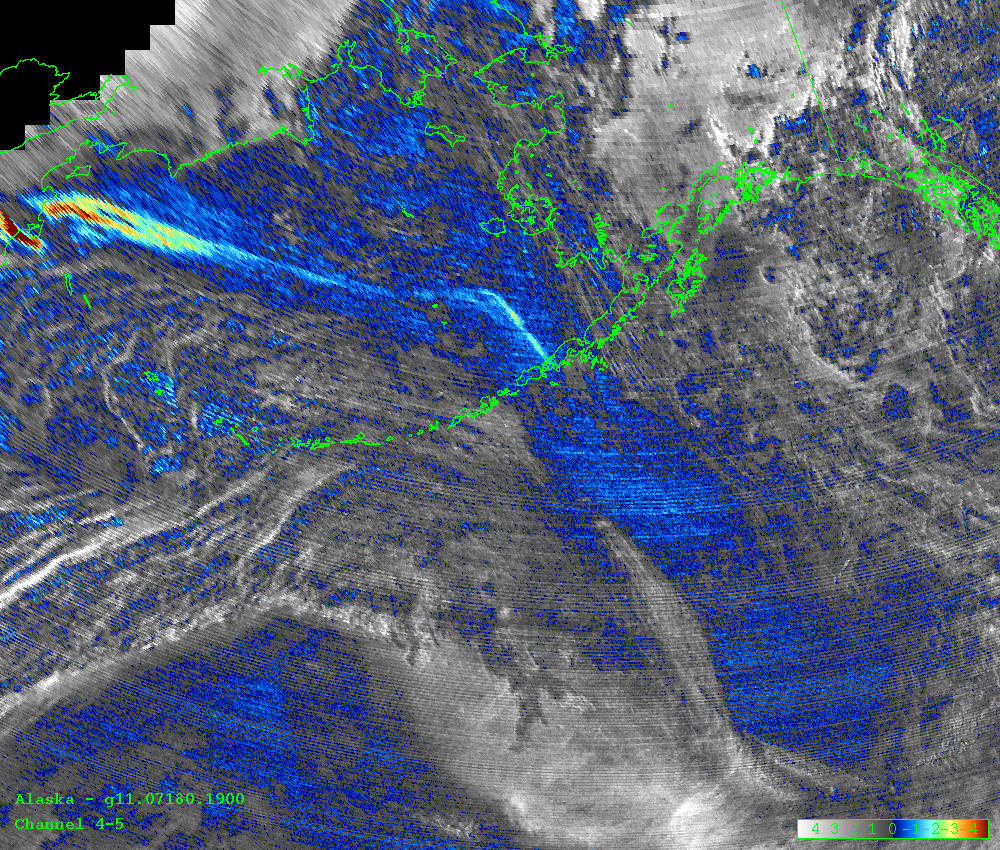 CLICK TO ENLARGE. GOES satellite image showing the ash plume from Klyuchevskoy extending across the Bering Sea to Unimak Island.