The world is suddenly faced with the need to learn how to pronounce Islenska, the Icelandic language.


With much of European airspace closed due to volcanic ash in the skies, people are most commonly asking how long it will last, and if it may get worse.  Also, the media continues to confuse the issue with talk of an eruption under, variously, a glacier, an ice cap, an ice sheet.

There is a world of difference between an ice sheet kilometers thick, and the Gígjökull glacier and the Eyjafjallajökull ice cap.

Caveat: much of the information below is gleaned from Icelandic language sources.  Since I do not speak Icelandic and do not posses an Icelandic dictionary I have had to rely on my linguistics skills.  If there are errors then I would be most grateful for help in correcting them.

On April 14 a new eruption commenced under the volcano’s ice covered summit caldera.  Interaction between magma and meltwater caused the ejection of a plume of ash about 8km high.

Volcanic ash is a highly abrasive silica particulate which can abrade cockpit windows and flame-out jet engines.  It is a very serious aviation safety hazard.

The International Airways Volcano Watch (IAVW) system was established by the International Civil Aviation Organisation (ICAO) in coordination with the World Meteorological Organization (WMO) to monitor volcanic activity reports and to give immediate warning to aircraft of volcanic hazards.

On April 14 2010 a VA SIGMET for Eyjafjalla was issued.  SIGMET, or Significant Meteorological Information, is a weather advisory that contains meteorological information concerning the safety of all aircraft.  VA means volcanic activity.

Following the issue of the VA SIGMET, airspaces across Europe began closing.

Mt. Eyjafjallajökull is an active stratovolcano, 1660 meters tall.  From between 900 and 1000 meters it is covered by an ice cap.  The caldera is relatively small, about 2 to 2.5 km in diameter. To the North is a break in the caldera rim through which the outlet glacier Gígjökull drains. The name Gígjökull means crater glacier.  The glacier is also known locally as Falljökull, meaning ice fall. There is another exit glacier, Steinsholtsjökull. The caldera ice exits via the Gígjökull glacier towards the Markarfljot plain. 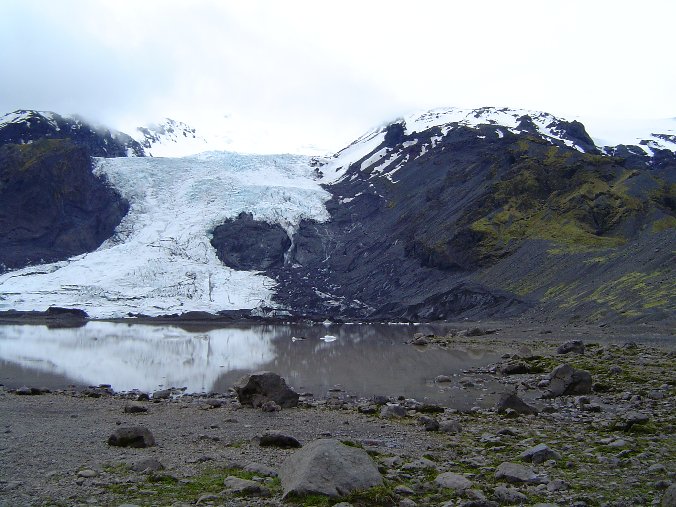 
The following paragraph has been edited, with thanks to Eric Diaz for pointing out the error.

When an eruption occurs next to or under ice, substantial meltwater is formed as ice and magma come together.  The resulting material is ejected as a plume of volcanic ash.  Materials ejected can roll down the slopes as a hot ash cloud known as a pyroclastic flow.  The meltwaters can rush down the slope as a lahar or Jökulhlaup, a mix of rock, ash and floodwater.

The April 14 2010 Eyjafjalla eruptive phase was from a series of vents along a 2 km long north-south oriented fissure.  Meltwater was observed flowing.  The eruption plume rose to more than 8 km height, deflected to the east by westerly winds.


How long will the plume eruption last?

How long it will last depends, I suggest, on the volume of ice in the caldera.  If the volcanic activity continues after the caldera ice is melted then the volcano should revert to magma emission with no significant plume.

Since I can find no data on the ice volume I can make no reasonable educated guess as to how long this plume will last.  I have seen forecasts ranging from days to about a year, but in the absence of good data and a good model, I think these must be taken as blind guesses.

The volcano continues to be active, emitting large volumes of ash in a pulsed eruption.  In this age of the internet and the webcam the world has been able to watch this awesome display of nature's power from the comfort of home.  Mostly with a beer.

The zone covered by the plume currently is shown in this meteorological chart. 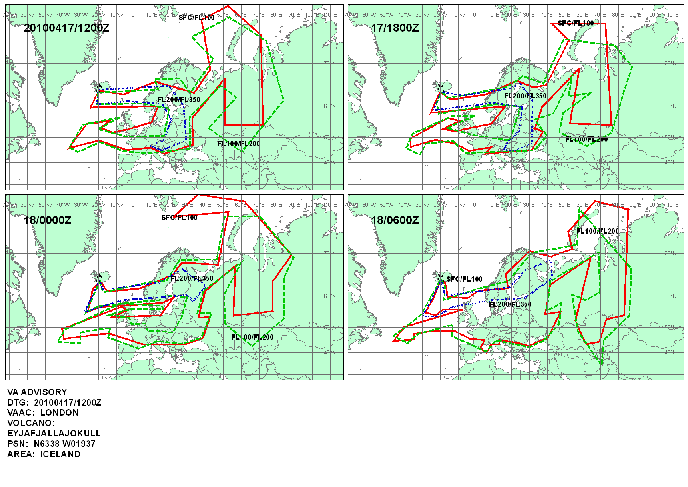 Some search engines are just plain rude.  ;-)
From the context, I think that gosmökkur means 'ash plume', but I am not certain.

Edit: gosmökkur means 'ash plume';  mökkur is a word very close to møkk in Norwegian which means 'dirt'.  Thanks to Bente Lilja Bye for that piece of knowledge.

Recommended read:
An Introduction To Igneous Petrology
The Chatter Box
More Articles All Articles
About