Grímsvötn, an ice-capped volcano in the south of Iceland is currently erupting.  The ice cap is quite extensive and thick, so unless there are unknown sub-surface fissures, extensive local flooding is unlikely to result from the eruption.

The volcano is likely to melt only the ice immediately over and adjacent to the caldera.  Melt water intrusion into magma can increase the production of tephra, as happened with last year's eruption of Eyjafjallajökull.  However, the ice cap of Grímsvötn is so thick that the erupting volcano will probably do no more than melt a hole through the icecap.

The images below show the current eruption, followed by older images showing the location of Grímsvötn relative to Eyjafjallajökull and other volcanoes. 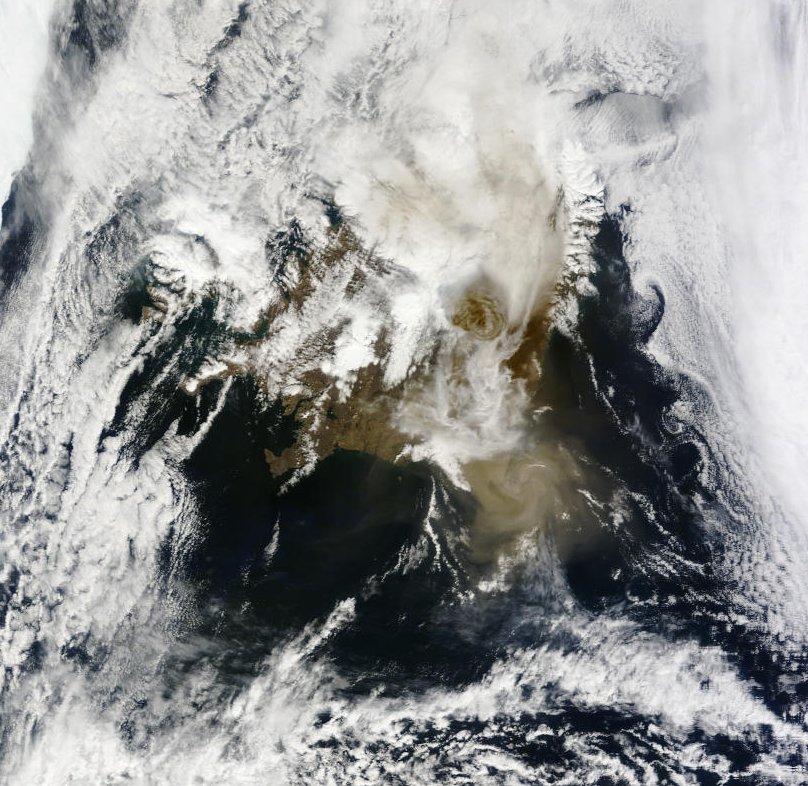 A plume of ash rises from the Grímsvötn caldera - May 22 2011
This image is not fully processed - please see footnote. Grímsvötn caldera and ice cap July 21 2010
Note that the Katla ice cap is blackened with ash from the Eyjafjallajökull 2010 eruption.

Footnote:
The rapidfire image above is from a series of images released by NASA in near real time.  NASA selects interesting images for a higher level of processing and for posting as image of the day.  I am confident that NASA will soon post an image of Grímsvötn in the image of the day gallery.