Unless you have been vacationing on the far side of the moon, you will have seen lots of pictures of the recent Eyjafjallajökull eruption. 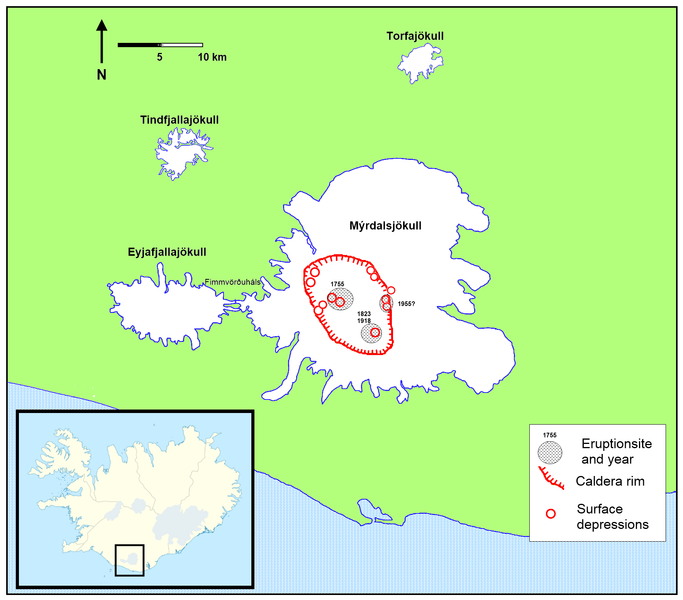 On July 12 there was a break in the clouds over Iceland making it possible to see the area of the volcano.  I have been waiting for a better picture, but according to Murphy's law the cloud will only disperse fully once I have lost patience with waiting and posted the Jul 12 image. 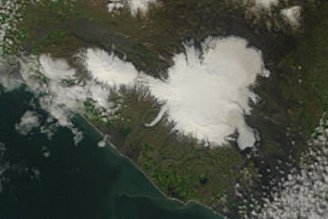 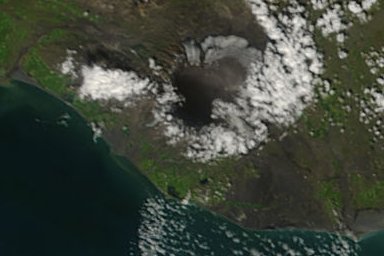 
I wonder just how thick the ash cover is on Katla.  Is it deep enough to insulate the ice and slow down melting, or thin enough to promote melting through albedo change?