It's long been thought that humans hunted woolly mammoths to extinction. Anthropogenic global hunting, as it were. Or that a cataclysmic event did the trick.

It may be neither of those and just simple genetics.

DNA lifted from the bones, teeth, and tusks of the extinct mammoths revealed a “genetic signature” of a range expansion after the last interglacial period. After the mammoths’ migration, the population apparently leveled off, and one of two lineages died out. 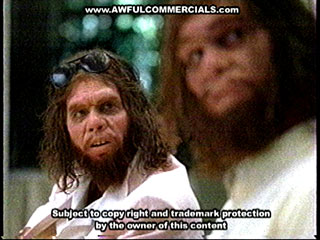 They don't think these guys did it any more

“In combination with the results on other species, a picture is emerging of extinction not as a sudden event at the end of the last ice age, but as a piecemeal process over tens of thousands of years involving progressive loss of genetic diversity,” said Dr. Ian Barnes, of Royal Holloway, University of London. “For the mammoth, this seems much more likely to have been driven by environmental rather than human causes, even if humans might have been responsible for killing off the small, terminal populations that were left.”

Barnes, along with Dr. Adrian Lister of the University College London and the Natural History Museum in London and others, had earlier found evidence that bison, bears, and lions underwent major population shifts twenty-five to fifty thousand years ago. Those results came as a surprise, the researchers said, because scientists tended to think that the major environmental changes happened about fifteen to twenty-five thousand years ago, when the glaciers reached their fullest extent. The findings also offered early human hunters a potential alibi; they didn’t come on the scene in large numbers until even later.

In search of a general pattern in the new study, Barnes and Lister’s team looked to the extinct woolly mammoth. What they found, however, was an “interesting pattern, not like those of the other species.”

Their genetic data indicate that Siberian mammoths expanded from a small base some time before sixty thousand years ago. Moreover, they found two distinct genetic groups, implying that mammoths had diverged in isolation for some time before merging back into a single population. The DNA further suggests that no later than forty thousand years ago, one of the groups died out, leaving only the second alive at the time of the mammoth’s last gasp.

“At a time when we should be very concerned about the potential extinction of many existing large mammals, studying those that occurred in the geologically recent past can provide many insights,” Lister said. “Our work, together with that of others, shows that the conditions for extinction can be set up long before the actual extinction event.”

This work was supported by the UK Natural Environment Research Council (IB), the Royal Society (BS), and the Russian Foundation for Basic Research (AS).