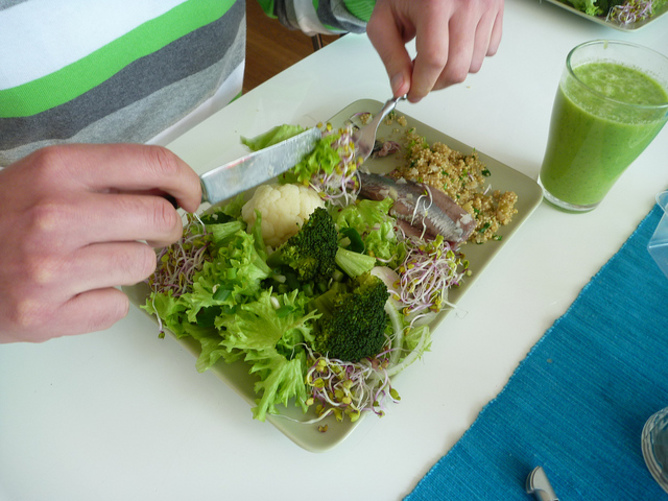 Commercial weight loss plans come and go. It is hard to have a week go by without some new weight loss gimmick being listed on the New York Times bestseller list, and a diet plan and pre-packaged meals are sure to follow.

Many people will ask doctors for recommendations when it comes to a weight loss plan but that can be hard to do. A new review analyzed 4,200 studies for solid evidence of the effectiveness of weight loss plans but concluded only a few studies met the scientific gold standard of reliability.

And most weight loss programs have not had randomized controlled trials at all. Only 11 of 32 major commercial weight-loss programs marketed nationwide have been rigorously studied. Of those 11, two programs are supported by data showing that participants, on average, lost more weight after one year than people who were dieting on their own.

Which two programs worked? Jenny Craig and Weight Watchers were backed by clinical trials that lasted 12 months or longer, and showed program participants had a greater weight loss than nonparticipants.

The reductions were modest but at least they were better than the weight-loss version of 'placebo'. Participants lost on average between 3 and 5 percent more than the studies' control groups of non-program participants. Whether that is worth the cost is another matter.

How it was done

For the study, the researchers collected peer-reviewed research articles from two major research literature databases and the weight-loss programs themselves. To aid their search for reliable evidence, they focused their review on studies that ran for 12 weeks or longer, and on randomized controlled trials, which assigned participants either to a commercial program or a less intensive option offering educational handouts, counseling sessions or no assistance, depending on the study design.

Because the majority of weight-loss programs have never been studied in randomized clinical trials, the researchers say, they ended up with 39 trials covering 11 programs. Included were three high-intensity programs -- Weight Watchers, Jenny Craig and NutriSystem -- which incorporate goal setting, self-monitoring, nutritional information and counseling.

The researchers cautioned that not all the studies in any category were equally well designed. And since they found few studies that ran 12 months or longer, it was often unclear how many participants sustained their weight loss over the long term.

"Primary care doctors need to know what programs have rigorous trials showing that they work, but they haven't had much evidence to rely on," says Kimberly Gudzune, M.D., M.P.H., an assistant professor of medicine and a weight-loss specialist at the Johns Hopkins University School of Medicine. "Our review should give clinicians a better idea of what programs they might consider for their patients."

"We want people to experience the health benefits of weight loss -- lower blood pressure, cholesterol and blood sugar, and lower risk of developing diseases like diabetes," says Jeanne Clark, M.D., M.P.H., the Frederick Brancati, M.D., M.H.S., Endowed Professor of Medicine, director of the Division of Internal Medicine and a study co-author. "Those benefits are long-term goals; losing weight for three months, then regaining it, has limited health benefits. That's why it's important to have studies that look at weight loss at 12 months and beyond."

Based on their analysis of the studies, the researchers found . "Given these findings," the authors write, "it may be reasonable for clinicians to refer patients to Weight Watchers or Jenny Craig." NutriSystem also produced more weight loss at three months than counseling or education alone, but the authors were unable to find any long-term trials of that program. Participants in the very-low-calorie meal replacement programs lost more weight than nonparticipants in trials lasting from four to six months. But the authors found only one long-term study, which showed no benefit from such a program at 12 months. The authors noted that very-low-calorie programs also carry higher risks of complications, such as gallstones.

Programs based on the Atkins diet -- high in fat, low in carbohydrates -- also helped people lose more weight at six months and 12 months than counseling alone. The approach "appears promising," the authors write.

The researchers also tallied the costs of the commercial programs, which ranged from zero for Web-based weight-loss apps to between $570 and $682 per month for programs that require clients to buy replacement meals.