Antibiotic-resistant bacteria are on the rise and they pose a global threat to public health. Common antibiotics are often ineffective in treating infectious diseases because pathogens acquire resistance genes. These antimicrobial resistance genes are obtained in different ways.

There are different explanations for how resistances are transferred and a now study found phages -
viruses that exclusively infect bacteria
- in chicken meat that are able to transfer antimicrobial resistance to bacteria.  Phages do not directly pose a risk to humans because they can only infect bacteria. No other cells or organisms can be infected.

Researchers isolated phages from 50 chicken samples purchased from Austrian supermarkets, street markets and butchers. They found phages in 49 samples. Their analysis showed that one quarter of the phages under study were able to transduce antimicrobial resistance to E. coli bacteria under laboratory conditions. They transduced resistance to kanamycin, tetracycline, ampicillin, and chloramphenicol. No phage was able to transduce resistance to an extended-spectrum beta-lactam resistance (ESBL). 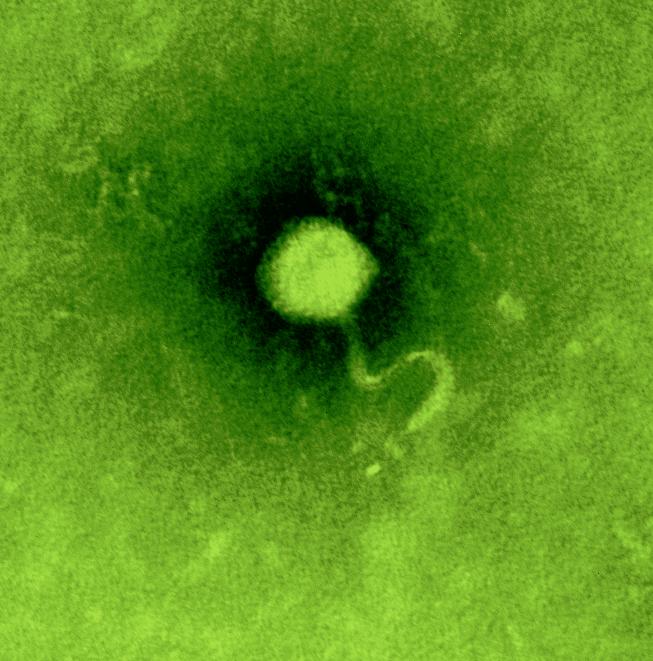 Phages infect bacteria and are able to transfer genes during this process. Photo: Dinhopl/Vetmeduni Vienna

"The most frequent way is the transfer via mobile genetic elements such as plasmids, or via transposons, the so-called jumping genes," explains Friederike Hilbert, scientist at the Institute of Meat Hygiene at the Vetmeduni Vienna. "Transfer of resistances via phages was thought to play a minor role so far. This mechanism could also be important in clinical settings, where multiresistant pathogens are on the rise. We assume that phages acquire resistance genes from already resistant bacteria and then transfer those genes to other bacteria. Our results could explain why resistances spread so rapidly among bacteria."

Scientists have known for a while that phages are able to transduce genes but this was considered a rare event for genes encoding resistance to antibiotics. Newer DNA analyses show, however, that phages leave their signature in bacterial genomes. This way of transfer is presumably more frequent than thought. Phages may therefore play a major role in bacterial evolution.