News Staff
Much of the European continent has been affected by a severe drought so far this summer, one of the worst since the drought and heat wave of summer of 2003, according to the latest report by the European Drought Observatory (EDO). The drought, which particularly affects France, Benelux, Germany, Hungary, the Czech Republic, northern Italy and northern Spain, is caused by a combination of prolonged rain shortages and exceptionally high temperatures.

The current seasonal weather forecast envisages more abundant rains for the Mediterranean region in September, but no effective improvement is yet foreseen for parts of western, central and eastern Europe. 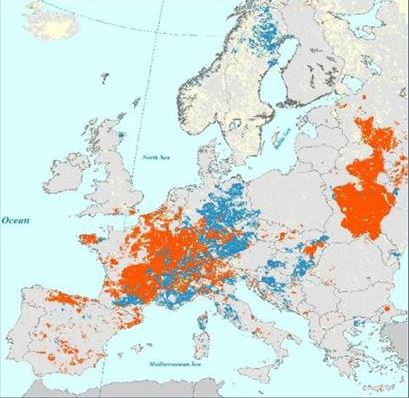 Another characteristic of this period was the persistence of the thermal anomalies: in the entire Mediterranean region, and particularly in Spain, the heat wave was even longer than that of 2003, with maximum daily temperatures consistently above 30°C for durations of 30 to 35 days (even more than 40 days in Spain).

While sectors such as tourism, viticulture and solar energy benefited from the unusual drought conditions, many environmental and production sectors suffered due to water restrictions, agricultural losses, disruptions to inland water transport, increased wildfires, and threats to forestry, energy production, and human health.
News Articles
More Articles All Articles
About