Though Ebola tends to occur in waves, the filoviruses family to which Ebola and its lethal relative Marburg belong, are at least 16 million years old.

Filoviruses likely existed in the Miocene Epoch, and at that time, the evolutionary lines leading to Ebola and Marburg had already diverged, according to a paper inl PeerJ. It was once believed that the viruses only came into being some 10,000 years ago, coinciding with the rise of agriculture but now it is believed to have developed at the time when great apes arose.

The research does not address the age of the modern-day Ebolavirus. Instead, it shows that Ebola and Marburg are each members of ancient evolutionary lines, and that these two viruses last shared a common ancestor sometime prior to 16-23 million years ago. 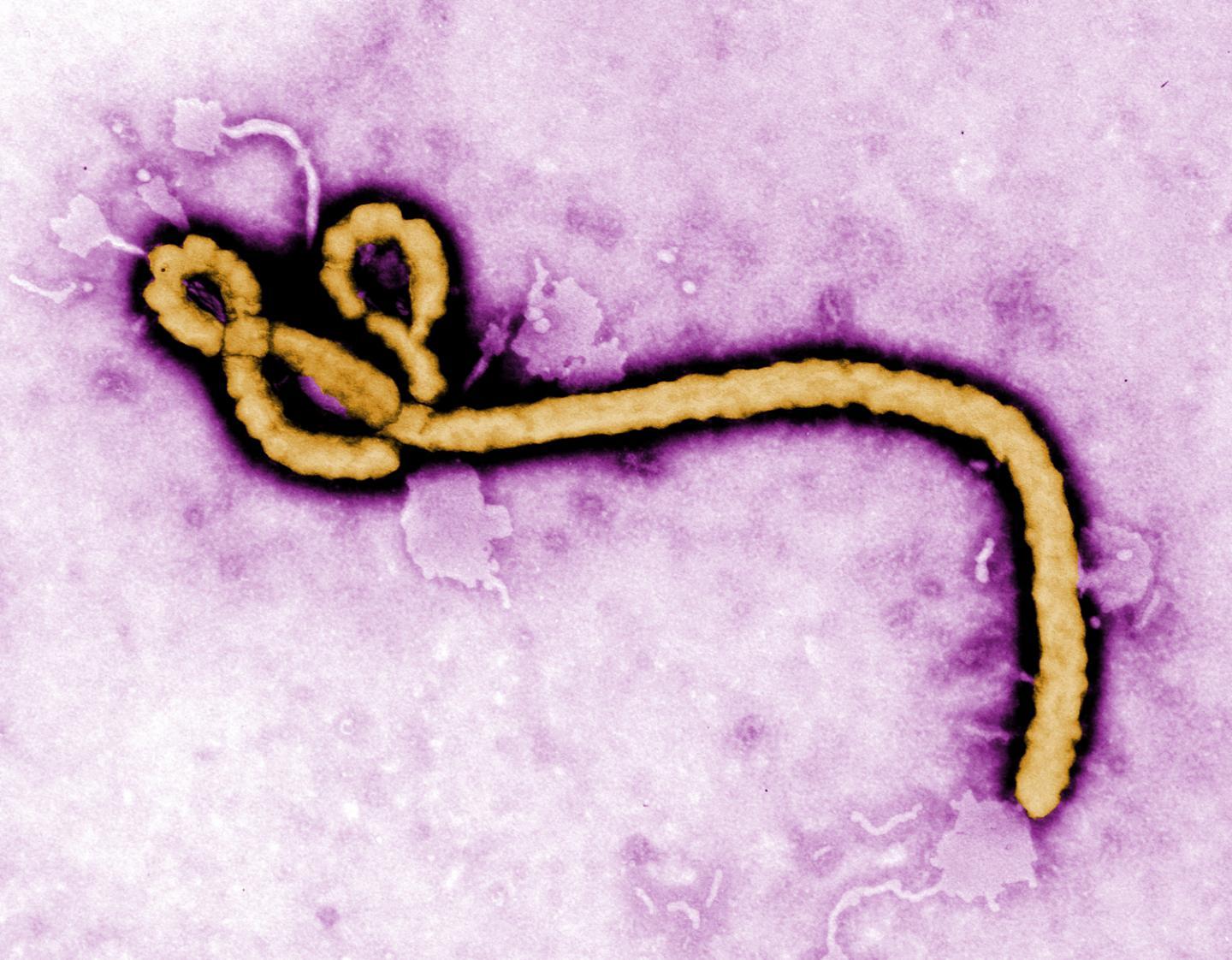 A colorized transmission electron micrograph (TEM) of the Ebola virus. Photo: Frederick A. Murphy, Centers for Disease Control and Prevention

"Filoviruses are far more ancient than previously thought," says lead researcher Derek Taylor, PhD, a University at Buffalo professor of biological sciences. "These things have been interacting with mammals for a long time, several million years."

Taylor and co-author Jeremy Bruenn, PhD, UB professor of biological sciences, research viral "fossil genes" — chunks of genetic material that animals and other organisms acquire from viruses during infection. In the study, the authors report finding remnants of filovirus-like genes in various rodents. One fossil gene, called VP35, appeared in the same spot in the genomes of four different rodent species: two hamsters and two voles.

This meant the material was likely acquired in or before the Miocene Epoch, prior to when these rodents evolved into distinct species some 16-23 million years ago. In other words, it appears that the known filovirus family is at least as old as the common ancestor of hamsters and voles.

"These rodents have billions of base pairs in their genomes, so the odds of a viral gene inserting itself at the same position in different species at different times are very small," Taylor says. "It's likely that the insertion was present in the common ancestor of these rodents."

The genetic material in the VP35 fossil was more closely related to Ebola than to Marburg, indicating that the lines leading to these viruses had already begun diverging from each other in the Miocene.

The new study builds on Taylor's previous work with Bruenn and other biologists, which used viral fossil genes to estimate that the entire family of filoviruses was more than 10 million years old. However, those studies used fossil genes only distantly related to Ebola and Marburg, which prevented the researchers from drawing conclusions about the age of these two viral lines.

The first Ebola outbreak in humans occurred in 1976, and scientists still know little about the virus' history. The same dearth of information applies to Marburg, which was recognized in humans in 1967 and implicated in the death of a Ugandan health worker this month.

Understanding the virus' ancient past could aid in disease prevention, Taylor says. He notes that if a researcher were trying to create a single vaccine effective against both Ebola and Marburg, it could be helpful to know that their evolutionary lineages diverged so long ago.

Knowing more about filoviruses in general could provide insight into which host species might serve as "reservoirs" that harbor undiscovered pathogens related to Ebola and Marburg, Taylor says.

"When they first started looking for reservoirs for Ebola, they were crashing through the rainforest, looking at everything — mammals, insects, other organisms," Taylor says. "The more we know about the evolution of filovirus-host interactions, the more we can learn about who the players might be in the system."