Pre-school kids have a lot to learn. They often don't even know how to tie their shoelaces or count to 100. But that is an applications issue. When it comes to skepticism, even kids at age 5 show critical thinking skills.

A new study published in PLOS ONE finds that by the age of five, children become wary of information provided by people who make overly confident claims.

Dr. Patricia Brosseau-Liard, a
Concordia University
postdoctoral fellow, recruited 96 four- and five-year-olds and then with University of British Columbia psychologists Tracy Cassels and Susan Birch had the youngsters weigh two important cues to a person's credibility — prior accuracy and confidence — when deciding what to believe. 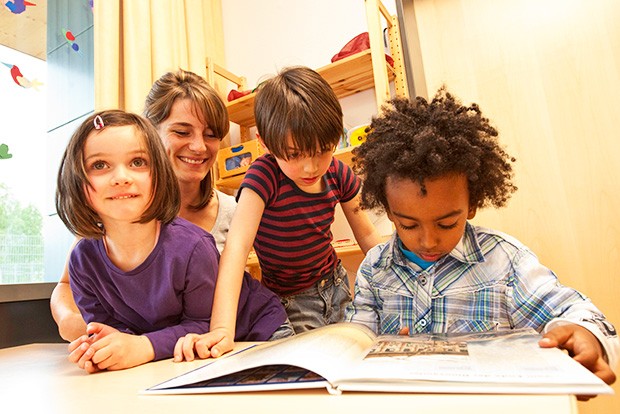 The researchers showed their subjects short videos of two adults talking about familiar animals. The speakers would either:

A. Make true statements about the animal in a hesitant voice

"Hmm, I guess whales live in the water?"

B. Make false statements about the animal in a confident voice

"Oh, I know! Whales live in the ground!"

The kids were then shown videos of the same two adults speaking about strange animals. The previously confident speaker would state facts with confidence, and the previously hesitant speaker remained hesitant while stating different facts. The participants were then asked whom they believed.

In children closer to the age of four, it was a 50/50 split: they were as likely to believe the confident liar as the hesitant truth-teller. But as they neared the age of five, participants were more likely to believe the previously accurate but hesitant individual, suggesting a year can make a big difference in terms of a child's evolution in the critical consumption of information.

As Brosseau-Liard explains, these findings are important for teachers and caregivers.

"Our study gives us a window into children's developing social cognition, skepticism and critical thinking. It shows us that, even though kindergarteners have a reputation for being gullible, they are actually pretty good at evaluating sources of information. Parents can use this ability to help guide them in their learning."