News Staff
Beetles and some other male insects can possess a penis several times longer than their entire body length.

So how do they have sex with it? A recent study has found that male beetles keep their penis tip soft for faster sex, when they 'shoot' their hyper-elongated penises into the female beetle's duct.

Male and female beetles have co-evolved in an evolutionary contest to determine which males successfully breed with the females: "The female 'duct' may be very long and so ensures that only the longest penises get to fertilise her eggs," explains Dr Yoko Matsumura, a research fellow currently carrying out her experiments at Kiel University, Germany. "Another benefit of having a long penis found in some other insects is that a male is able to efficiently 'scrape' the female's duct free of other males' sperm, which would compete with his own." 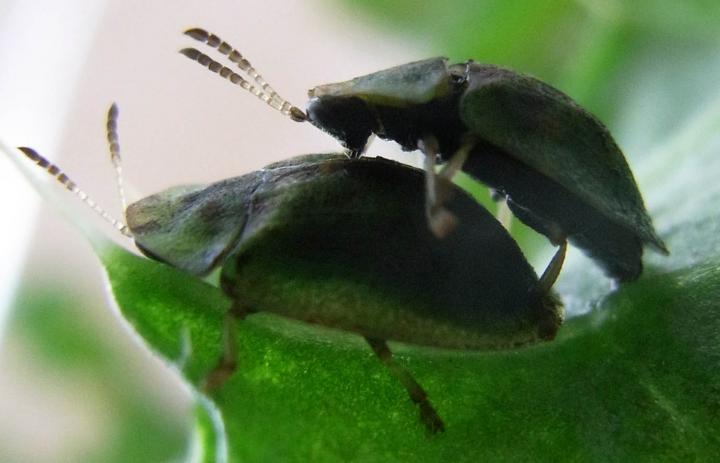 In order to propel his long penis into the female duct, the male has special muscles surrounding his penis that provide the force to carry out the rapid and precise penetration. The penis is relatively stiff and progressively gets softer towards the tip. Dr Matsumura explains: "The long ducts in females slow down penetration, so the time-pressured males have co-evolved to counteract this obstacle. After running computer simulations, we think that this composition is the fastest at penetrating the female duct, so it appears softer tips are better."

How could this research be applied for medical uses? "We haven't tried applying it to any other fields yet," Dr Matsumura says. "However, I think that knowing how to precisely control a narrow tube in a duct could help develop harmless catheters or injections in the medical world."
News Articles
More Articles All Articles
About