News Staff
A generation ago, environmental activists declared war on yet another field of science - astronomy. A new telescope was going to disrupt a squirrel, they alleged, and so astronomy abandoned places in the U.S. like Arizona and began to move to Chile.

Environmentalists declared a victory against science but they don't understand systems, including ecological ones. Astronomy is a clean industry with people from all over the world and to keep it going means limiting light pollution - and another study has shown that light pollution is an unknown force.

Artificial night time light from sources such as street lamps affects the growth and flowering of plants and even the number of insects that depend on those plants for food, a study published today confirms. 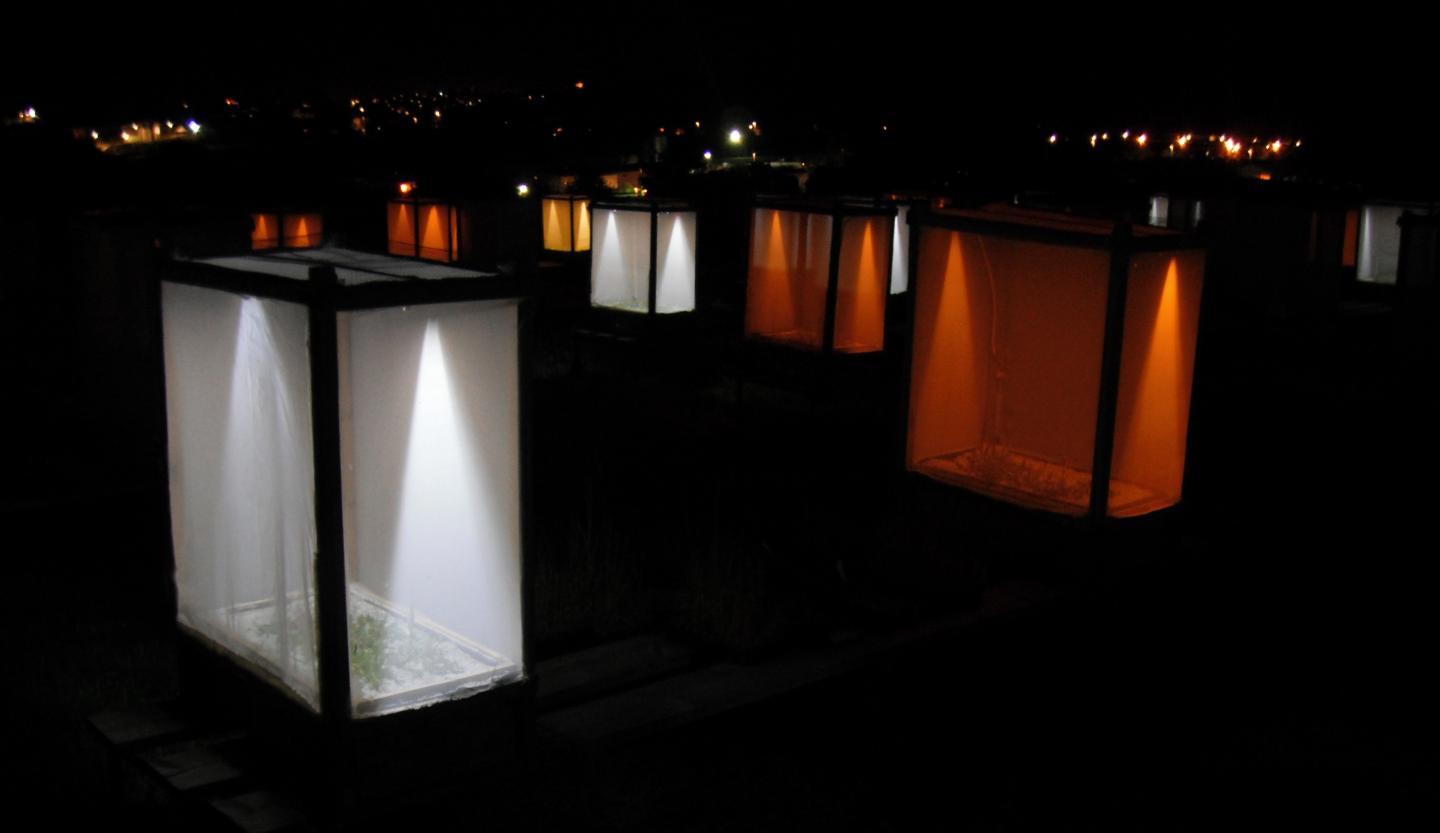 Researchers simulated the effects of street lighting on artificial grassland plots containing a community of invertebrates at night. Credit: Jon Bennie/University of Exeter

The research shows that light pollution can impact the natural environment in complex ways that may be hard to predict. Due to the global extent of artificial light at night, there are concerns that these ecological impacts may be widespread.

Researchers from the University of Exeter simulated the effects of street lighting on artificial grassland plots containing a community of invertebrates at night, exposing them to two different types of light treatment - a 'white' light similar to newer commercial LED street lighting systems and an 'amber' light simulating the type of sodium street lamp still found in much of the UK.

The experiments investigated both top-down (driven by predators) and bottom-up (food or resource limited) effects of the lights on the population density of a species of pea aphid, and in the presence and absence of predators including ladybirds.

The low intensity amber light was shown to inhibit, rather than induce, flowering in greater bird's foot trefoil, a wild relative of peas and beans that is a key source of food for the pea aphid in grasslands and road verges. In mid summer aphids feed on the flowering shoots; the number of aphids was significantly suppressed under the light treatment in mid-August due to the limited amount of food available.

Professor Kevin Gaston, Director of the Environment and Sustainability Institute (ESI) said: "These are the first findings from major long-term experiments being funded by the European Research Council, and already reveal how profound the impacts of artificial night time lighting can be on even simple communities of organisms."

Dr Jonathan Bennie of the ESI added: "Our results suggest that by lighting up our night time environment we trigger complex effects on natural food webs. While we are all aware that street lights often attract insects at night, we show that they may have more permanent, widespread impacts on wildlife and ecosystems."