News Staff
Among all the hype about bee deaths, there is an overwhelming amount of discussion about pesticides and blinders on about parasites and disease and even climate change, but one thing gets no mention at all: Flowers.

But they are a grave danger to bees, according to an article in Proceedings of the Royal Society B.

The study is the first to show that not only can bees disperse parasites around the environment but also that flowers are platforms for a host of pollinator parasites subsequently dispersed onto visiting bees. 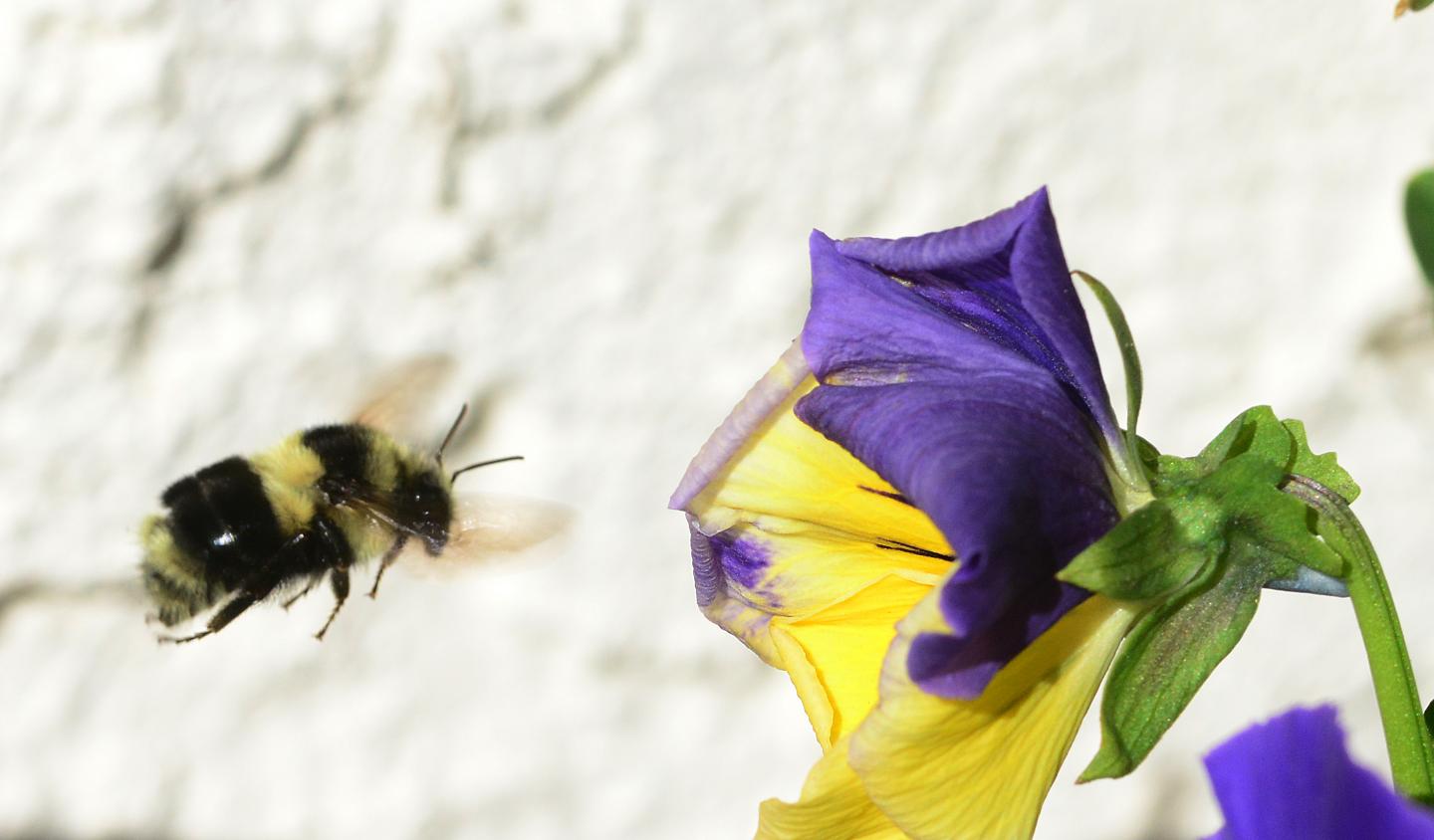 "Flowers are hotspots for parasite spread between and within pollinator populations," said Peter Graystock, a postdoctoral researcher in the Department of Entomology at the University of California, Riverside and first author of the paper. "Both the flower and bee species play a role in how likely parasite dispersal will occur. By showing that visits from parasite-carrying bees can turn flowers into parasite platforms, we can say that it is likely that heavily visited flowers may become more 'dirty' with bee parasites. Planting more flowers would provide bees with more options, and parasite spread may thus be reduced."

Currently, bees are frequently transported across state and international territories. Quarantine and parasite screening usually cover only the screening of host-specific diseases. But bumblebees can transport honey bee parasites, and vice versa, the research team has now shown, and proposes that increased screening protocols be employed to protect pollinator diversity.

"With some 20,000 bee species, it is a surprise that only recently has research in pollinator health considered the interactions between bee species," Graystock said. "Our finding may also affect the national and international trade of flowers unless sterilization of parasites on these flowers can be guaranteed. Otherwise flower movements may also be moving pollinator parasites to new territories."

He explained that commercially imported bumblebees have been found to contain a cocktail of parasites that are harmful to both bumblebees and honeybees.

"We know these commercially imported bumblebees, when given the opportunity, will forage on the same flowers as wild bees and honeybees," he said.

In their experiments, Graystock and his colleagues allowed one species of bee (honey bees or bumblebees) from hives containing parasites to forage on flowers for three hours. The bees were then removed and a second group of flowers were added to the foraging arena along with colonies of a second bee species (a species not used before).

The new bees then foraged upon both the new and previously foraged flowers for three hours. All flowers were then sampled to see if parasites had dispersed onto them.