Sometimes you don't need to travel to the unexplored corners of the globe to discover a new species of plant. Sometimes they can be really close to home, you just have to spend 40 years of your life looking.

University of South Carolina
Professor John Nelson and alumnus Douglas Rayner have founds just such a new species close to home and they have dubbed it Stachys caroliniana, a new example of what is commonly called a hedge-nettle or woundwort.

And rarity is unusual among S. caroliniana's closest relatives. There are about 300 species in the genus Stachys, according to Nelson, the curator of the University of South Carolina's A.C. Moore Herbarium. He calls it a "cosmopolitan genus."

"You can find it in central and western Asia, eastern Africa, Europe, North America and in Central and South America," Nelson says. "We have a lot of it in this part of the world, here in the southeastern U.S." 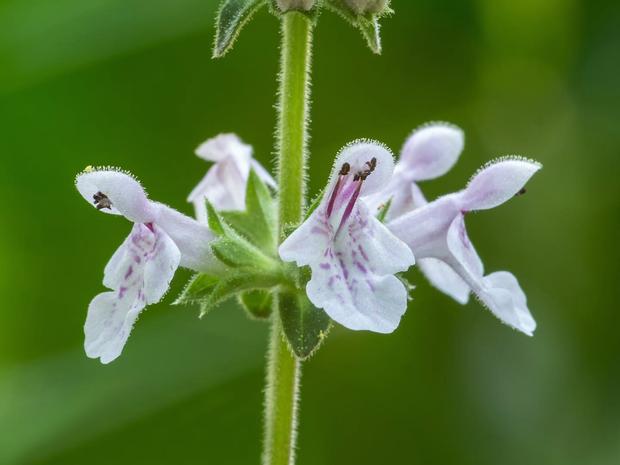 Stachys caroliniana has been found in two populations in South Carolina, both located near the Santee River. Credit: Jim Fowler

After graduating from Carolina in 1973, Nelson began to study the numerous species of Stachys in graduate school because he perceived a number of shortcomings in their taxonomy. The established botanical reference work for the region at the time, and still used to this day, was the "Manual of the Vascular Flora of the Carolinas," published by Albert Radford, Harry Ahles and C. Ritchie Bell in 1968.

Annotations within the manual suggesting further studies that might improve the classification scheme convinced Nelson that the genus Stachys needed some help.

"This particular genus -- oh boy -- it just looked like it was kind of a mess," Nelson says. "I picked them to study as a taxonomic problem for my master's study at Clemson, and I've been playing around with them ever since, for 40 years now."

Rayner, who earned both master's and doctoral degrees at Carolina in the mid-1970s, collected the first specimen of what is now known as S. caroliniana in 1977 in the northernmost reaches of Charleston County, south of the Santee River.

It was from a population of plants that has not been relocated since. Nelson came across Rayner's dried and mounted specimen in 1984, when he was working with Rayner at the South Carolina Wildlife and Marine Resources Department (now part of the Department of Natural Resources). The Stachys caroliniana population on Cat Island continues to thrive to this day. Credit: Jim Fowler

Nelson knew it was something different from the Stachys species he was familiar with, but without more to work with he couldn't make the case that it was a new species. Years later, though, he came across some seemingly familiar plants on Cat Island, which is on the north side of the Santee River in Georgetown County.

"I was just wandering along, the absent-minded botanist, and I thought, 'Well, that's a hedge-nettle, it's definitely Stachys, no doubt about it,'" Nelson says. "And since it's a Stachys and I'm here at the edge of this pond, it must be Stachys floridana, which is a very common weed that grows in people's backyards, including mine up here in Columbia."

But closer inspection showed that it was none of the established species in the botanical literature, and he realized he had discovered another example of what Rayner first found in 1977. With a couple dozen plants to examine, he was able to gather the information to make the case to the scientific community that this was a new species altogether. The International Botanical Congress has a set of rules by which a new plant name can be established. Nelson and Rayner, now a professor at Wofford College, will publish their results in the Journal of the Botanical Research Institute of Texas on Nov. 25.

Reflecting on the experience, Nelson is particularly pleased to bring such a rare species to the light of day.

"It's one of the most creative things you could ever do. I mean, I didn't make the species, but I guess I'm introducing it to humankind," Nelson says. "It's actually very sobering."