At 2 AM local time in Hawaii, Tropical Storm Ana was just below hurricane strength with maximum sustained winds near 70 mph.

NOAA's Central Pacific Hurricane Center expects it to weaken before it intensifies again. The center of tropical storm Ana was located near latitude 20.6 north and longitude 162.6 west. That puts the center of Ana about 225 miles (360 km) west-southwest of Lihue Hawaii and about 325 miles (525 km) southeast of French Frigate Shoals.

Ana is moving toward the west near 9 mph (15 kph) and is expected to gradually turn to the northwest. 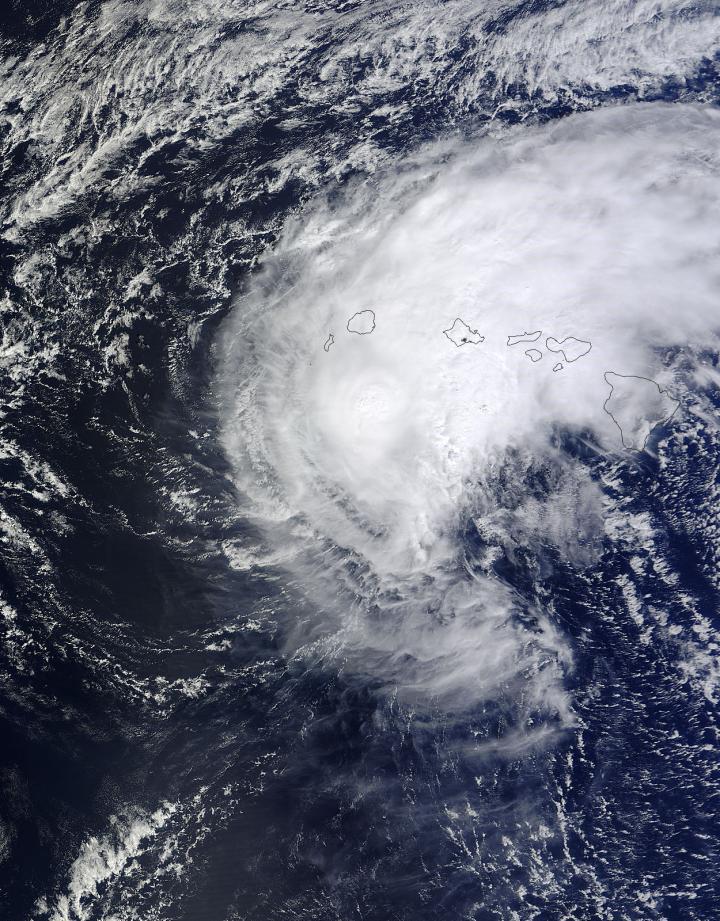 Tropical Storm Ana made a slow track west of the Hawaiian islands over the last couple of days, and by Oct. 20 was moving westward away from the main Hawaiian islands and heading toward the northwest Hawaiian islands. NASA's Terra satellite caught Ana on a flyby on Oct. 19 that showed the storm's clouds blanketing the chain of islands.

The Moderate Resolution Imaging Spectroradiometer aboard NASA's Terra satellite captured a visible picture of Tropical Storm Ana blanketing the Hawaiian Islands on Oct. 19 at 21:45 UTC (5:45 p.m. EDT). At the time, the strongest thunderstorms appeared to be in the eastern and western quadrants of the storm.

However, what really matters: there is a High Surf Advisory for Niihau, Kauai, Oahu, Molokai, Maui, Big Island until 6:00 am Oct 21, 2014, so skip work today.