Researchers have confirmed strong warming in the upper troposphere, known colloquially as the tropospheric hotspot, long expected as part of the global warming hypothesis.

Though the tropospheric hotspot appears in many global climate models, the inability to detect it has been used to suggest climate change is not occurring as a result of increasing carbon dioxide emissions.

The discovery was made by extending an existing data record and removing artifacts caused by station moves and instrument changes. This revealed real changes in temperature as opposed to the artificial changes generated by alterations to the way the data was collected. No climate models were used in the process that revealed the tropospheric hotspot. The researchers instead used observations and combined two well-known techniques -- linear regression and Iterative Universal Kriging. 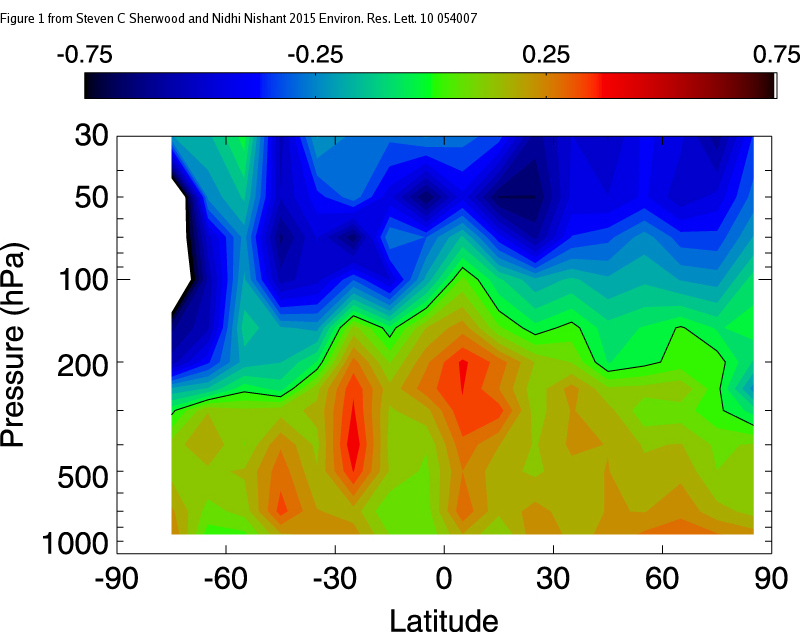 "Using more recent data and better analysis methods we have been able to re-examine the global weather balloon network, known as radiosondes, and have found clear indications of warming in the upper troposphere," said lead author and ARC Centre of Excellence for Climate System Science Chief Investigator Prof Steve Sherwood. "We were able to do this by producing a publicly available temperature and wind data set of the upper troposphere extending from 1958-2012, so it is there for anyone to see.

"We deduced from the data what natural weather and climate variations look like, then found anomalies in the data that looked more like sudden one-off shifts from these natural variations and removed them. All of this was done using a well established procedure developed by statisticians in 1977."

As well as confirming the tropospheric hotspot, the researchers also found a 10% increase in winds over the Southern Ocean. The character of this increase suggests it may be the result of ozone depletion.

"I am very interested in these wind speed increases and whether they may have also played some role in slowing down the warming at the surface of the ocean. However, one thing this improved data set shows us is that we should no longer accept the claim that there is warming missing higher in the atmosphere. That warming is now clearly seen," said Sherwood.