We may talk about a battle of the sexes when it comes to our species, but in the rest of the primate world, it really is a battle. We have the luxury of cultural hand-wringing about the shirt a Rosetta mission engineer wore in a YouTube video, but when it comes to chimpanzees, a shirt is the least of female problems.

Male on female violence among chimpanzees is frequent - and it has to do with sex.

Previous research from the Kanyawara chimpanzee community in Kibale National Park, Uganda, has supported this "sexual coercion" hypothesis because the anthropologists found that males who directed aggression at certain females mated more often with those females than did other males. 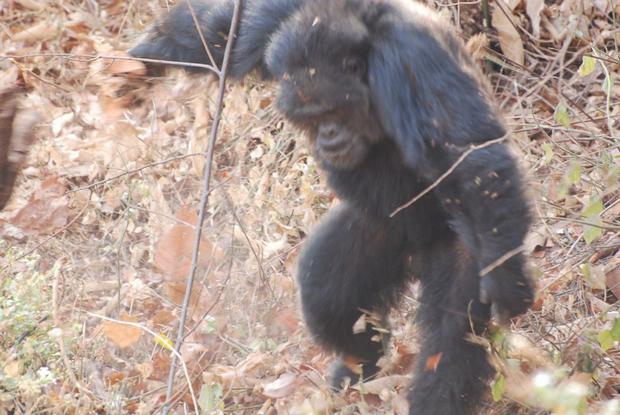 And the females prefer their males rough. Aggressive males were actively solicited for mating by those females at the time of peak fertility. Aggression over the long term had a greater effect than violence in the immediate context of mating.

So males do it, females like males who do it, but does it increase male chimpanzee reproductive success. A new study published this week in Current Biology by Feldblum et al., including ASU scientist Ian Gilby, a senior author on the study, provides strong evidence that male aggression toward females is indeed adaptive. The authors analyzed 17 years of observations of the Kasekela chimpanzee community in Gombe National Park, Tanzania.

Researchers used DNA obtained from fecal material to determine the paternity of 31 infants born during the study period. This is the first study to present genetic evidence of long-term sexual coercion as an adaptive strategy in a social mammal.

The rate at which a male directed aggression at a female not only increased the pair's mating frequency, but also significantly increased the probability that he sired her offspring. This strategy was most effective for high-ranking males, and aggression toward females outside of their periods of sexual receptivity was the best predictor of paternity. Male aggression was not used to force sexual encounters either during or immediately following aggression.

"This indicates that males, particularly those of high rank, successfully employ a strategy of long-term sexual intimidation," says Ian Gilby, an assistant professor in the School of Human Evolution and Social Change and research affiliate with the Institute of Human Origins at Arizona State University.

Although there could be female preference for dominant males, the fact that aggression increased paternity likelihood for high-ranking males indicates that the patterns of paternity did not arise as a result of female choice but rather from mate guarding by strong alpha males.

Gilby cautions that while these results may provide clues about the origins of sexual violence in humans, he says, "We should be careful not to jump to conclusions. Chimpanzees are one of our closest living relatives, but 7 million years of evolution separate us, and our mating systems are very different. Nevertheless, recognizing the adaptive value of male-female aggression in chimpanzees may inevitably help us to understand, and hopefully prevent, similar behavior among humans."