After stimulation of the dorsolateral prefrontal cortex, young women experience increased cravings for high-calorie snacks—and eat more of those foods when given the opportunity, according to the study by researchers at University of Waterloo, Ontario. 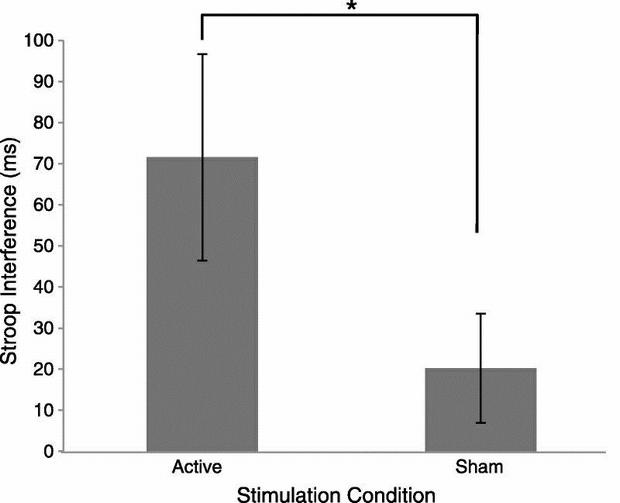 The study included 21 healthy young women, selected because they reported strong and frequent cravings for chocolate and potato chips. Such "appetitive," calorie-dense snack foods are often implicated in the development of obesity.

The women were shown pictures of these foods to stimulate cravings. The researchers then applied a type of magnetic stimulation, called continuous theta-burst stimulation, to decrease activity in the DLPFC. Previous studies have suggested that DLPFC activity plays a role in regulating food cravings.

After theta-burst stimulation, the women reported stronger food cravings—specifically for "appetitive" milk chocolate and potato chips. During a subsequent "taste test," they consumed more of these foods, rather than alternative, less-appetitive foods (dark chocolate and soda crackers).

"These findings shed a light on the role of the DLPFC in food cravings (specifically reward anticipation), the consumption of appealing high caloric foods, and the relation between self-control and food consumption," the researchers write.

Stimulation to weaken DLPFC activity was also associated with lower performance on a test of inhibitory control strength (the Stroop test). Decreased DLPFC activity appeared to be associated with increased "reward sensitivity"—it made the participants "more sensitive to the rewarding properties of palatable high caloric foods," the researchers write.

The results highlight the role of executive function in governing "dietary self-restraint," the researchers believe. Executive function, which involves the DLPFC, refers to a set of cognitive functions that enable "top-down" control of action, emotion, and thought.

At the "basic neurobiological level," the study provides direct evidence that the DLPFC is involved in one specific aspect of food cravings: reward anticipation. People with weak executive function may lack the dietary self-control necessary to regulate snack food consumption in "the modern obesogenic environment." Faced with constant cues and opportunities to consume energy-dense foods, such individuals may be more likely to become overweight or obese.

The results suggest that interventions aimed at enhancing or preserving DLPFC function may help to prevent obesity and related diseases. In conditions such as type 2 diabetes, where healthy dietary habits are essential for effective disease control,