News Staff
People have been making cheese for 8,000 years but it seems we still don't know all there is to know about the bacteria responsible for turning milk into cheese.   An international research team  has identified a new line of bacteria they believe adds flavor to some of the world's most exclusive cheeses.

One of France's great mountain cheeses, Reblochon hails back to the Middle-Ages, when farmers in the mountains of Haute Savoie used to pay their taxes with part of their milk production. They wouldn't fully milk their cows (their way of sticking it to The Man) and once the tax officers came to measure the milk production and left, the farmers went back to milk the cows again. The milk they got was much richer and was used to make this 'smear-ripened' cheese, where the surface of the cheese is washed with a salt solution containing bacteria. This process helps to spread the bacteria across the surface of the cheese, ripening it from the outside in. 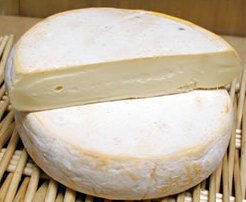 Reblochon - creamy and softer than Brie with a nutty after taste.  It has  a strong herbal aroma that is not for the timid so get parental and/or spousal permission before buying.

Other popular smear-ripened cheeses include Port de Salut, Livarot, Taleggio, Limburger and the Irish cheese Gubbeen, because we don't want to seem like we are favoring Haute Savoie (though we totally are - try it on baked potatoes!).

Back to the science; the team have named the microbes Mycetocola reblochoni after the cheese they were first discovered in.  Project lead Professor Michael Goodfellow of Newcastle University said, "It has always been thought the bacteria cheese makers were putting in at the start of the process gave Reblochon its distinctive flavour.

"What our research actually showed was this new group of bacteria - the reblochoni –were responsible for the ripening process, influencing the taste, texture and smell of the cheese."

Using samples from three different farmhouses, the team carried out a series of modern molecular techniques to classify the bacteria.

Traditionally, smear-ripened cheeses such as Reblochon are exposed to a starter culture, a live mixture containing the microbe Brevibacterium linens, to ripen the cheese; the cheesemaker turns the cheese every two days and washes it with whey in order to speed the aging process.   Now the research has shown that a new group of bacterial strains are involved in the later stage of ripening, out-competing the Brevibacterium and providing the flavor.

The reblochoni microbes are part of a large group of bacteria known as the Actinomycetes, many of which are already used in the production of antibiotics to treat diseases such as tuberculosis and diphtheria.

Professor Goodfellow says the next step will be to study the potential benefits of these new microbes.

"The next stage is to see how these new microbes might be used. Bacteria get a bad name because they are associated with causing disease but many are extremely beneficial and our reblochoni group may well prove to have important uses."

The research is published this month in the International Journal of Systematic and Evolutionary Biology.
News Articles
More Articles All Articles
About