Citizen Scientists Should Be Included As Authors On Journal Papers
By News Staff | December 4th 2019 08:18 AM | Print | E-mail

News Staff
Though the largest telescopes are controlled by governments, a large part of the time new discoveries are made by amateur astronomers. "Amateur" is a negative word now but at the turn of the 20th century it wasn't. Sherlock Holmes was an amateur detective because he did not have to do it as a job, he was not a blue collar laborer the way the police force was regarded in the 1800s, he was more educated in detective work by not having that occupation and that is why he was better.

While you won't see a lot of fruit fly studies done by amateurs, in other fields citizen science provides a lot of data, and a new paper argues they should be treated as co-authors in journal articles.

Yet regulations governing minimum qualifications for authorship in academic journals have often been written by people who monetize such participation in journal appearances and that means that such citizen scientists are usually excluded from credit for their work. For example, many of the most influential science journals in the world, including Nature, Science, and PLOS ONE, use guidelines set out by the International Committee of Medical Journal Editors, which state that researchers can only be listed as authors if they made "substantial contributions" to the design of the project, the interpretation of the data, and the critical revision of the final version. 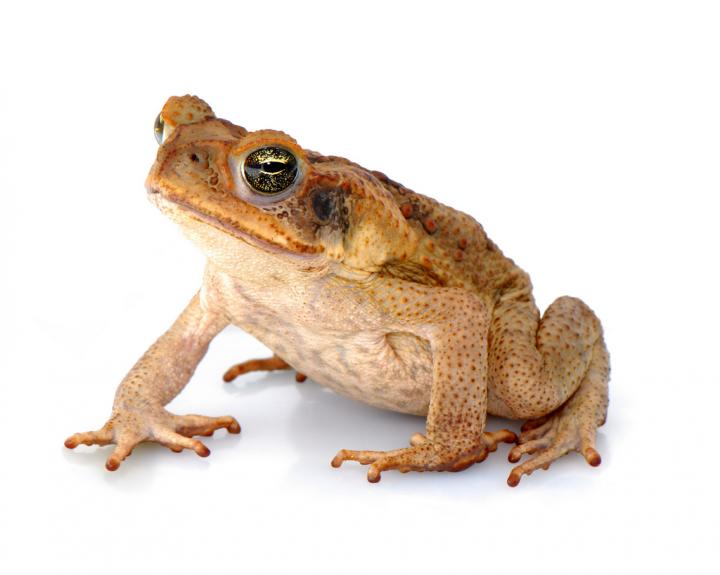 The authors note it was a challenge getting citizen science data gatherers Balanggarra Rangers  credit for a cane toad paper. Image from wikipedia.

Who could be excluded under those rules? Dr. Rosalind Franklin. She had the 3D data about DNA for 9 months and didn't fit a helix to it, Watson and Crick disagreed it was anti-helical and their interpretation of the data got the glory. Few would argue today that is fair, yet it is still common. In some projects, like Galaxy Zoo, citizen scientists contributed a lot of work (and in some cases got credit), while when it comes to species identification apps like iNaturalist provide overwhelming amounts of data.

Yet they often can't be listed as authors, which undervalues their contributions.

"Members of the general public have become pivotal contributors to research, resulting in thousands of scientific publications and measurable conservation impacts," says biologist Dr Georgia Ward-Fear from Macquarie University in Australia. "The question is: how should we credit that input?"

Dr. Ward-Fear and colleagues suggest an approach that will simultaneously recognize the contribution of non-professionals while safeguarding the integrity of the existing system. Citizen scientists could be credited as "group co-authors" - being collectively credited, for instance, as users of the online interface deployed to gather data. If the Nobel committee can give a blanket prize to the IPCC surely a journal can create group co-authors.

In an instance the authors highlight, conservation research on toxic cane toads (Rhinella marina) ecology was conducted in collaboration with the indigenous traditional owners of the region surveyed, known collectively as the Balanggarra Rangers, but getting recognition for them as a group was difficult. And in one instance they were listed as 'B.Rangers', as if it was an individual person.

"With a little flexibility we can recognize the contribution of everyone who plays a major role in research while still deterring scientific fraud," says Professor Rick Shine of Macquarie University. "We all have to accept that the nature of research is changing, with more citizen scientists taking part. It's part of the evolving social dimension of science practice, and we should celebrate it rather than stifle it."
News Articles
More Articles All Articles
About