News Staff
In 2013, the U.S. government told the World Bank they would not help fund centralized energy in developing nations unless it used their pet projects, wind and solar. Which developing nations could not use much less afford.

We set back sanitation and hygiene in places that need it most and forced them to continue doing what they had been doing; burning wood and dung for energy, including in home for cooking. Billions of people still do that because they lack centralized energy and the environmental costs are enormous. Even if those people had been allowed to switch to coal, emissions would plummet and they would be healthier.

A new study being presented at the Radiological Society of North America meeting shows how misguided the U.S. was in overruling scientists and mandating solar and wind in poor countries. Computerized tomography (CT) X-ray images show that people who cook with wood are at risk of suffering considerable damage to their lungs from breathing in dangerous concentrations of pollutants and bacterial toxins. While epidemiological estimates are on shaky ground, they correlate such pollution to an estimated 4 million deaths a year. Smoke is PM10, particulate matter 10 microns in size, real pollution, not the PM2.5 that can only be detected with an electron microscope that western environmentalists began to promote as a concern once air in developed countries returned to high quality. PM10 is a known carcinogen. 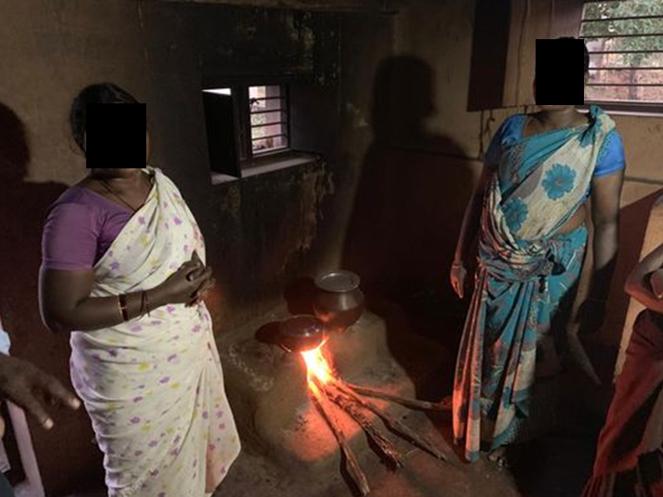 This was a pilot study, 23 people cooking with liquefied petroleum gas or wood biomass in Thanjavur, India. The researchers measured the concentrations of pollutants in the homes and then studied the lung function of the individuals, using traditional tests such as spirometry. They also used advanced CT scanning to make quantitative measurements--for instance, they acquired one scan when the person inhaled and another after they exhaled and measured the difference between the images to see how the lungs were functioning.

Analysis showed that the ones who cooked with wood biomass were exposed to greater concentrations of pollutants and bacterial endotoxins compared to liquefied petroleum gas users. They also had a significantly higher level of air trapping in their lungs, a condition associated with lung diseases.

"Air trapping happens when a part of the lung is unable to efficiently exchange air with the environment, so the next time you breathe in, you're not getting enough oxygen into that region and eliminating carbon dioxide," co-author Dr. Kizhakke Puliyakote said. "That part of the lung has impaired gas exchange."

The researchers found a smaller subset of the biomass users who had very high levels of air trapping and abnormal tissue mechanics, even when compared to other biomass users. In about one-third of the group, more than 50% of the air they inhaled ended up trapped in their lungs.

The lack of emphysema in the study group suggests that exposure to biomass smoke is affecting the small airways in the lungs, Puliyakote said, although more research is needed to understand the disease process. Regardless, the study results underscore the importance of minimizing exposure to smoke. Even in the absence of overt symptoms or breathing difficulties, the lung may have injury and inflammation that can go undetected and potentially unresolved in some people.
News Articles
More Articles All Articles
About