Darwin's Aliens: Extraterrestrials Could Be More Like Us Than We Think
By News Staff | November 1st 2017 07:01 AM | Print | E-mail

When we search the cosmos for evidence we are not the first advanced life form, we look for things that we could share in common. This anthropomorphism is common in culture, in everything from science studies to science-fiction. And it may not be wrong.

Assuming we have any extra-terrestrial neighbors, far less popular is the idea that we will be the advanced civilization new ones are terrified about being invaded by, they will likely have undergone natural selection just like we did. In the video game Spore, almost everyone evolved creatures that were purple and had huge eyes, despite trying to do things randomly, and that may happen on other planets also.

Even if we don't colonize other worlds in "Chariots of the Gods" fashion, aliens may be shaped by the same processes and mechanisms that shaped humans. Using alien natural selection as a framework, the authors of a new paper in International Journal of Astrobiology speculated about how complexity will arise in space. Species complexity has increased on the Earth as a result of a handful of events, known as major transitions. These transitions occur when a group of separate organisms evolve into a higher-level organism - when cells become multi-cellular organisms, for example. Both theory and empirical data suggest that extreme conditions are required for major transitions to occur.

By predicting major transitions, which is how complexity has arisen in species on earth, they believe there is a level of predictability to evolution that would cause them to look like us. If not with two legs, then at least being carbon-based. At each level of the organism there will be mechanisms in place to eliminate conflict, maintain cooperation, and keep the organism functioning. We can even offer some examples of what these mechanisms will be. 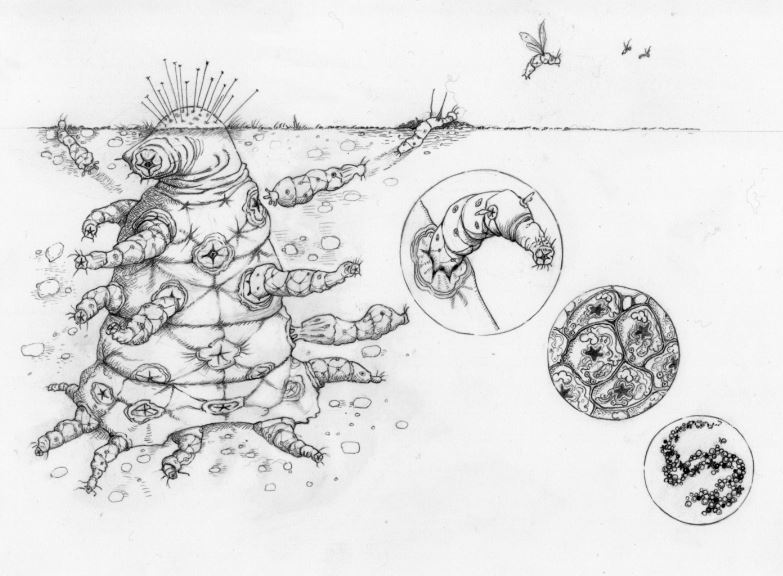 "In our paper, we offer an alternative approach, which is to use evolutionary theory to make predictions that are independent of Earth's details," said Sam Levin, a co-author in Oxford's Department of Zoology. "This is a useful approach, because theoretical predictions will apply to aliens that are silicon based, do not have DNA, and breathe nitrogen, for example."