News Staff
In geological history, 90,000 of every 100,000 years has been ice ages, and it has been 12,000 years since the last one. In a 'glass half full' optimistic take on emissions, the Industrial Age put a halt to a 6,500 year cooling trend and the ice age for which we are overdue, but just like salt, sugar, or Avengers movies, there can be too much of a good thing and now there are worries that climate is going out of control the other way.

Earlier this year the most comprehensive set of paleoclimate data ever compiled for the past 12,000 years was published. It included 1,319 data records based on samples taken from 679 sites globally. At each site, researchers analyzed ecological, geochemical and biophysical evidence from both marine and terrestrial archives, such as lake deposits, marine sediments, peat and glacier ice, to infer past temperature changes. Scientists working around the world over many decades conducted the basic research contributing to the global database. 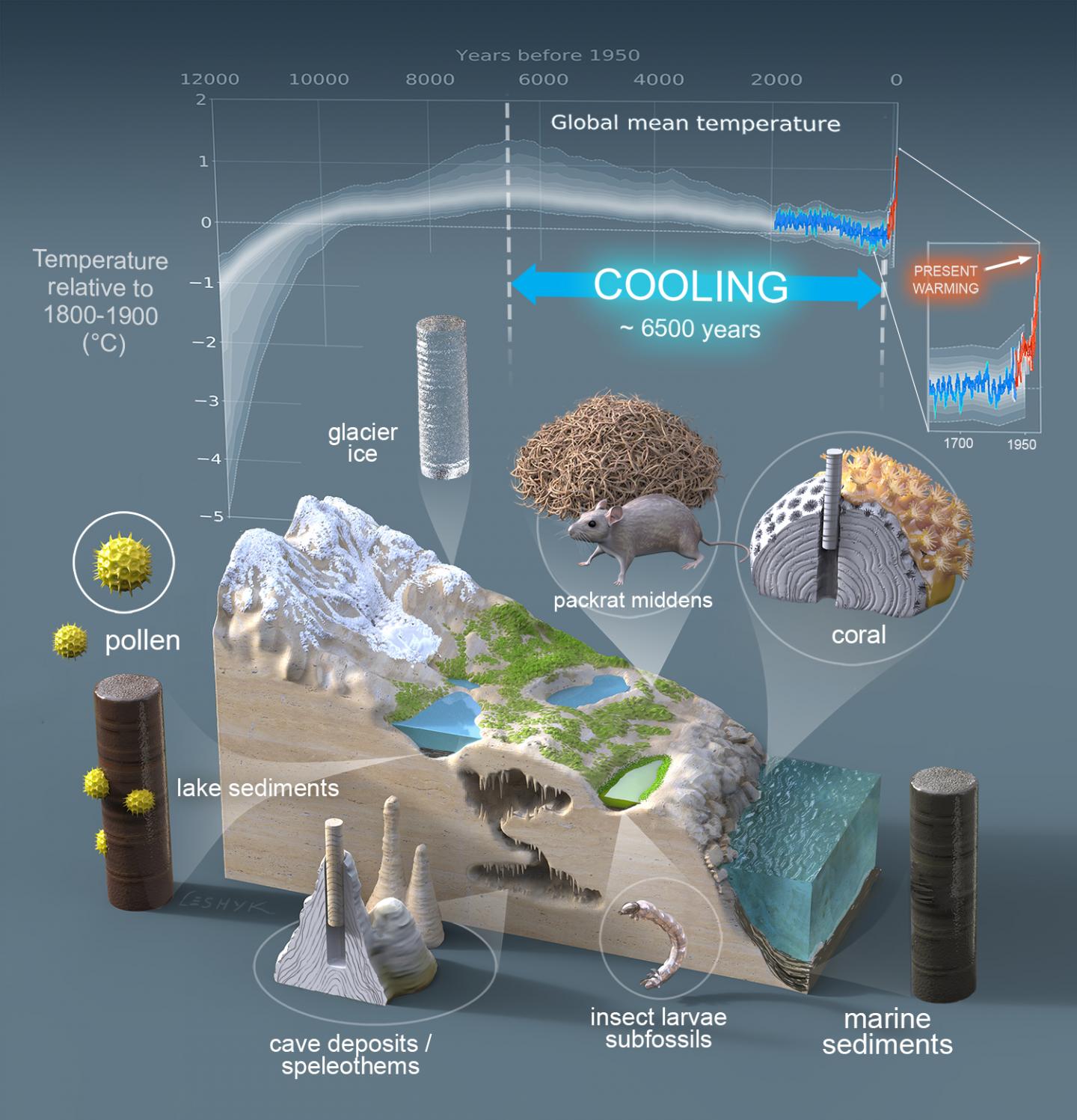 This was a statistical analysis synthesizing data from around the world to create a 12,000-year-long temperature reconstruction, individual decades are not resolved, making past small time chunks impossible to compare it with any recent decade.

"Before global warming, there was global cooling," said Northern Arizona University professor Darrell Kaufman. "Previous work has shown convincingly that the world naturally and slowly cooled for at least 1,000 years prior to the middle of the 19th century, when the global average temperature reversed course along with the build-up of greenhouse gases. This study, based on a major new compilation of previously published paleoclimate data, combined with new statistical analyses, shows more confidently than ever that the millennial-scale global cooling began approximately 6,500 years ago."
News Articles
More Articles All Articles
About