News Staff
Megachile pluto, Wallace's giant bee, is the world's largest, with a wingspan more than 2.5 inches. Though it should be easy enough to see, some had believed it was extinct because it hadn't been seen by western scientists since 1981.

In January, a search team set out to photograph Wallace's giant bee and successfully did so, declaring in a documentary they have "rediscovered" the species in the North Moluccas, an island group in Indonesia.

The bee is named after Alfred Russel Wallace, the co-discoverer alongside Charles Darwin of the theory of evolution through natural selection. Wallace, a British entomologist, discovered the giant bee exploring the Indonesian island of Bacan. He described the female bee, which is about the length a human thumb, as "a large black wasp-like insect, with immense jaws like a stag-beetle." 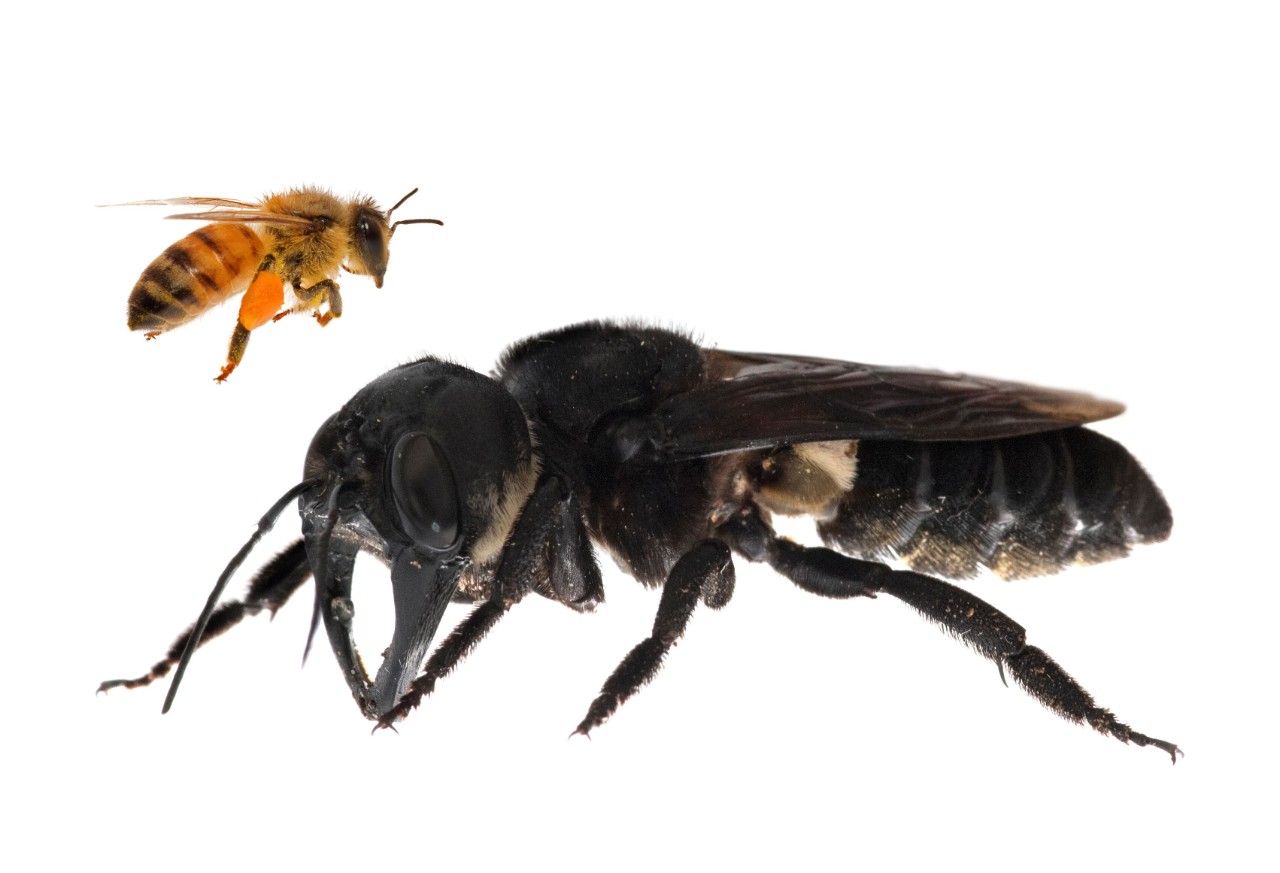 
It was only seen again in 1981, when entomologist Adam Messer rediscovered it on three Indonesian islands and was able to observe some of its behavior, but it's a good time for a success story about bees. Just a few weeks ago there was a suspect study saying insects are on the verge of collapse and paid activists have promoted a belief that honeybees and wild bees are in the midst of a decline, so this finding punctures that narrative, if only a little.

The female giant bee makes her nest in active arboreal termite mounds, using her large mandibles to collect sticky tree resin to line the nest and protect it from invading termites. In hot and humid conditions, and sometimes during torrential downpours, the team observed dozens of termite mounds over the course of the search. The species depends on primary lowland forest for resin and the nests of tree-dwelling termites.

The photography team was supported by Global Wildlife Conservation in Austin, Texas.
"It was absolutely breathtaking to see this 'flying bulldog' of an insect that we weren't sure existed anymore," said Clay Bolt, a natural history photographer specialising in bees, who took the first photos and video of the species alive after spending years researching the right habitat with collaborator and team member, Eli Wyman from Princeton University.
News Articles
More Articles All Articles
About