Today, in coordinated press conferences across the globe, EHT researchers reveal that they have succeeded, unveiling the first direct visual evidence of a supermassive black hole and its shadow.

The EHT links telescopes around the globe to form an Earth-sized virtual telescope with unprecedented sensitivity and resolution. The EHT is the result of years of international collaboration and offers scientists a new way to study the most extreme objects in the Universe predicted by Einstein’s general relativity during the centennial year of the historic experiment that first confirmed the theory. 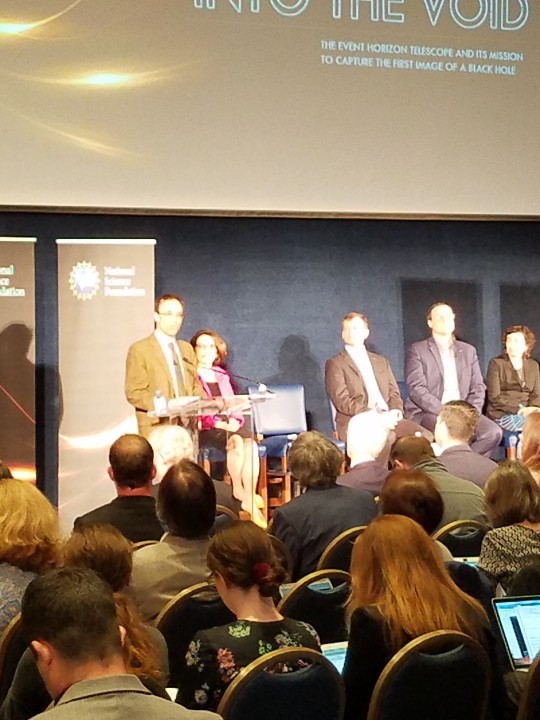 This is a huge day in astrophysics,” said NSF Director France Córdova. “We’re seeing the unseeable. Black holes have sparked imaginations for decades. They have exotic properties and are mysterious to us. Yet with more observations like this one they are yielding their secrets. This is why NSF exists. We enable scientists and engineers to illuminate the unknown, to reveal the subtle and complex majesty of our universe.”

EHT images of M87 on four different observing nights. In each panel, the white circle shows the resolution of the EHT. All four images are dominated by a bright ring with enhanced emission in the south. From Paper IV (Figure 15).

Black holes are extraordinary cosmic objects with enormous masses but extremely compact sizes. The presence of these objects affects their environment in extreme ways, warping spacetime and super-heating any surrounding material.&