News Staff
Is it possible to predict nonlinear behavior, such as when a protest will become a riot? Perhaps, though parameters bring special challenges.

We've seen the weaknesses of numerical modeling when it comes to disease epidemiology, and many of those concerns were evident before SARS-CoV-2 took the world by storm. In Chile of 2019, social unrest disrupted the daily routines of many citizens so scholars recently combined well-known epidemic models with tools from the physics of chaos and interpreted their findings through the lens of social science as economics.

If that sounds like more guessing than science, it is, because social science and economics are too subjective to quantify. And social media adds a new confounder to SIR models of social chaos. SIR is an acronym of Susceptible people, Infected people, and Recovered people. It provides a rule of thumb in disease predictions and the authors of a new paper modeling social unrest call someone 'susceptible' is a potential rioter, an 'infected individual' is an active rioter, and a 'recovered person' is one that stopped rioting. 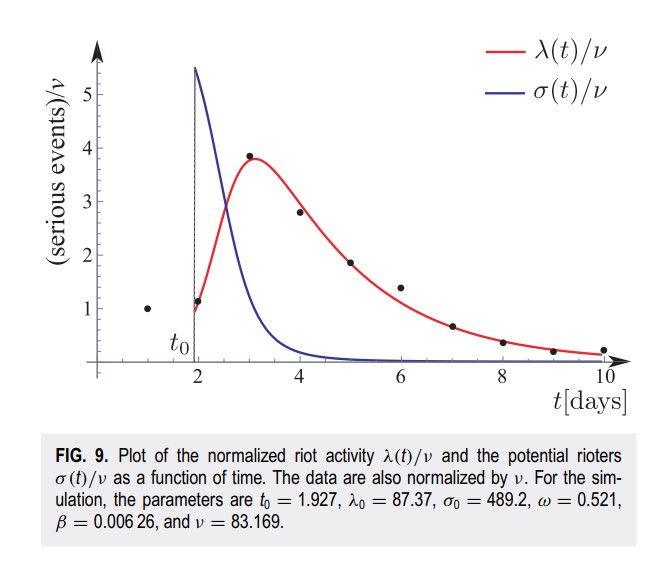 Since even the sequence of rioting events can be chaotic, and that is without those placed in groups to encourage violence, they found that modeling is difficult. Rich dynamics reveal the complexity involved in making predictions of rioting activity. But they see potential.

"While you might think that the study of disease transmission and problems of a social nature vary greatly, our work shows epidemiological models of the most simple SIR type, enriched by triggers and tools of the physics of chaos, can describe rioting activities well," says co-author Katia Vogt-Geisse.