News Staff
To estimate infection rates of viruses like SARS-CoV-2, immunologists use a basic reproduction number, known as R0 (pronounced “R naught”) - an expression of the number of people likely to catch a disease from one contagious person - and a Susceptible-Infected-Removed (SIR) model.

Yet as we have seen, those are only telling part of the science story. Coronavirus is in the same family as the common cold and for many COVID-19 will be just like the cold, and can spread like the cold. But when it comes to successful transmission, viruses only win they can optimize their aptitude to survive and reproduce in given conditions - which means they lose if we can optimize disease control measures.

Among two viral strains, which will be the one to win against the host's immune response, or upon administration of drugs and vaccines? In virus dynamics, understanding in detail such scenarios is crucial, given the increase in resistance to antivirals and other evolutionary changes. 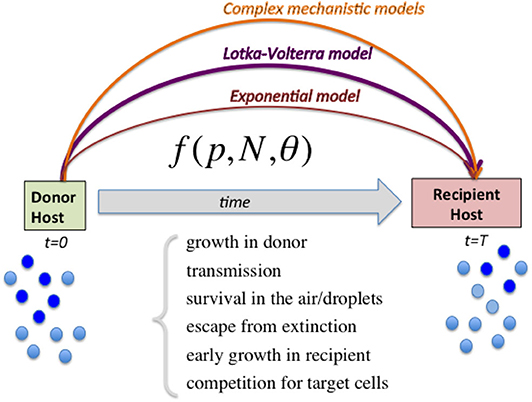 To better understand fitness variation among microorganisms, meaning their aptitude to survive and reproduce in given conditions, we need much better models than R0 and SIR. The majority of current approaches describe limited scenarios, focusing on competitive exclusion, where one strain of the virus always wins over another because it has higher fitness. That is not reality when there are multiple forms of SARS-CoV-2 out there.

The Mathematical Modelling of Biological Processes research group from Instituto Gulbenkian de Ciência developed a mathematical framework that enables extension beyond such limitation. Based on the Lotka-Volterra model, widely used in ecology, the researchers propose a framework that allows, in addition, verification of scenarios of frequency-dependent competition between microbial strains in a host leading up to transmission.

The advantage of this framework lies in its simplicity and generality: the model can be applied to other ecological scenarios of microbial competition, while allowing exploration of more outcomes from the competitive dynamics between two strains.

"We applied this framework to a dataset obtained from previous studies, where they estimated different parameters related to differences in transmission fitness between two influenza virus strains in ferrets," explains Erida Gjini, lead author of the study. "We went further and, by considering more complex interactions between viruses and the role of stochasticity in transmission, we showed that for the same dataset our model predicts a scenario of coexistence between strains and reveals a higher transmitted viral load."
News Articles
More Articles All Articles
About