News Staff
If you want to know how to do time travel, ask a mathematician. If you want to show how math is not science, but is instead the language of science, hand those equations to a physicist.

That is the challenge proponents of a new type of "dibaryon" - a particle that contains six quarks instead of the usual three - face. They have done simulations of quantum chromodynamics (QCD) but now they want to hand that off to physicists and expect them to go hunting for it.

"Baryons", principally protons and neutrons, are particles composed of three quarks bound tightly together, with their charge depending on the "color" of the quarks that make them up. A dibaryon is essentially a system with two baryons and there is one known dibaryon in nature--deuteron, a deuterium (or heavy-hydrogen) nucleus that contains a proton and a neutron that are very lightly bound.

Could there be more than one type of dibaryon?

While no other dibaryon has been found, that is not for lack of trying. Or a lack of theoretical physicists doing math to show there should be. A new paper in Physical Review Letters has predicted the existence of what they call a "most strange" dibaryon, made up of two "Omega baryons" that contain three strange quarks each. They named it "di-Omega". 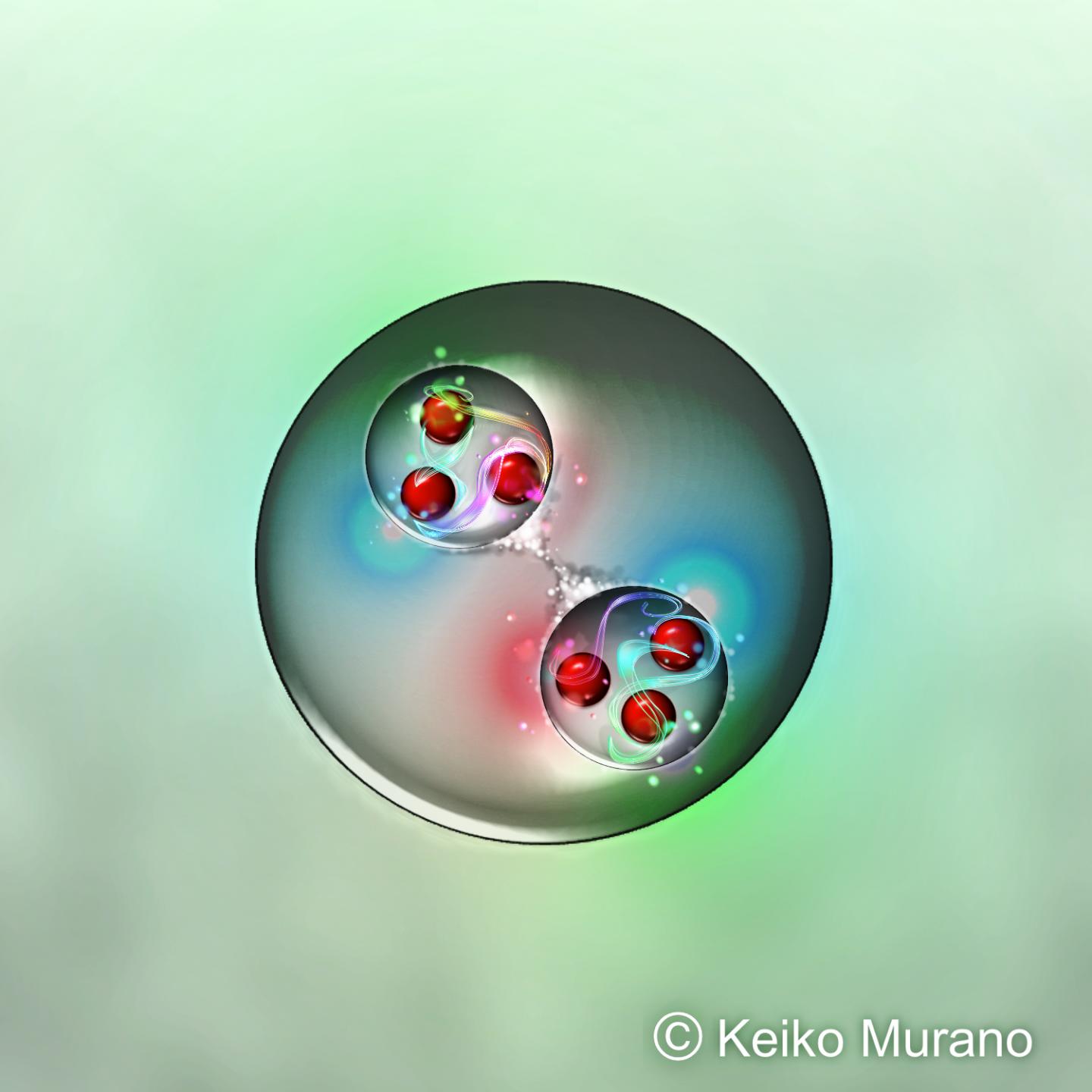 They thank better QCD calculations, better simulation algorithms, and more powerful supercomputers. How valid it is depends on your confidence in a new theoretical framework called the "time-dependent HAL QCD method", which allowed them to extract the force acting between baryons from the large volume of numerical data obtained using the K computer installed at the Riken Advanced Institute for Computational Science campus in Kobe. A new computational method, the unified contraction algorithm, allowed much more efficient calculation of a system with a large number of quarks.

Even using a supercomputer it took them three years.

How to prove it? If a dibaryon system outside of deuteron exists they'll need heavy ion collisions to find it. And even if they do it will only be a waypoint, providing hints for understanding the interaction among strange-quark particles called hyperons, and to understand how, under extreme conditions like those found in neutron stars, normal matter can transition to hyperonic matter--made up of protons, neutrons, and hyperons, and eventually to quark matter composed of up, down and strange quarks.