News Staff
Oxygen in the Earth’s atmosphere is necessary for complex forms of life, which use it during aerobic respiration to make energy. The levels of oxygen dramatically rose in the atmosphere around 2.4 billion years ago, and speculation is that is when organisms called cyanobacteria, which perform the same type of organic photosynthesis that all plants do today, first evolved, and  could perform oxygen-producing (oxygenic) photosynthesis.

Perhaps cyanobacteria could have evolved before 2.4 billion years ago but something prevented oxygen from accumulating in the air.

It is difficult for scientists to figure out when the first oxygen-producers evolved using the rock record on Earth. The older the rocks, the rarer they are, and the harder it is to prove conclusively that any fossil microbes found in these ancient rocks used or produced any amount of oxygen. 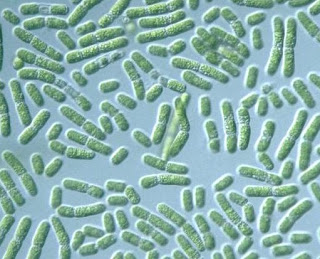 Instead, the team investigated the evolution of two of the main proteins involved in oxygenic photosynthesis. In the first stage of photosynthesis, cyanobacteria use light energy to split water into protons, electrons and oxygen with the help of a protein complex called Photosystem II.

Photosystem II is made up of two proteins called D1 and D2. Originally, the two proteins were the same, but although they have very similar structures, their underlying genetic sequences are now different.

This shows that D1 and D2 have been evolving separately – in cyanobacteria and plants they only share 30 percent of their genetic sequence. Even in their original form, D1 and D2 would have been able to perform oxygenic photosynthesis, so knowing how long ago they were identical could reveal when this ability first evolved.

To find out the difference in time between D1 and D2 being 100 percent identical, and them being only 30 percent the same in cyanobacteria and plants, the team determined how fast the proteins were changing – their rate of evolution.

Using powerful statistics methods and known events in the evolution of photosynthesis, they determined that the D1 and D2 proteins in Photosystem II evolved extremely slowly – even slower than some of the oldest proteins in biology that are believed to be found in the earliest forms of life.

From this, they calculated that the time between the identical D1 and D2 proteins and the 30 percent similar versions in cyanobacteria and plants is at least a billion years, and could be more than that.