Mice don't hibernate either but they just did in experiments. Mice are obviously not little people, that is why claims involving mice are in the exploratory camp, but animals models are often a waypoint on the path to humans.

Animals usually enter hibernation when food becomes scarce in the winter. Their metabolism slows down, and their body temperature drops to a new set-point. This is like lowering the temperature on your thermostat in the winter—it reduces the amount of energy needed to maintain the body. Along with a slower metabolism and a new set-point comes slower heart rate, weaker breathing, and less brain activity. Importantly, when animals come out of hibernation, their body and organs are healthy, even if they have lost a little weight.
It is unclear why some animals hibernate, and if all have a latent ability to do so. 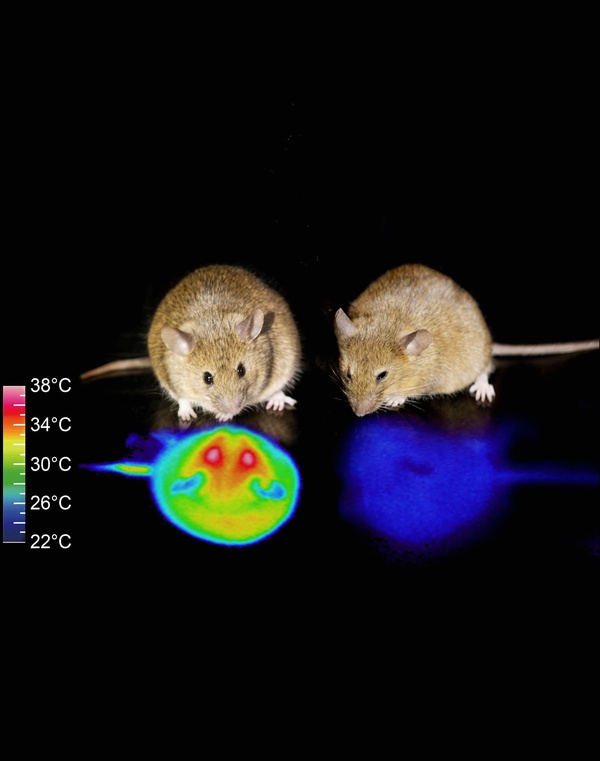 The team induced QIH, a synthetic hibernation-like state, and took pictures along with infrared imaging. Left, control mouse. Right, QIH mouse (48hr after CNO injection). We made mirror-images of infrared images, and made compositions with photos. Photo by University of Tsukuba

Researchers from the University of Tsukuba in Japan recently targered specific cells in the mouse brain that can trigger a hibernation-like state when activated. Activating a specific type of cell in the mouse brain—dubbed Q neurons—caused them to enter a hibernation-like state for several days. The body temperature set-point lowered from about 96.8°F [36°C] to about 81°F [27°C], and the body functioned normally to maintain a lower body temperature around 22°C, even when the surrounding ambient temperature was dramatically reduced. The mice also showed all the signs of a reduced metabolism that are common during hibernation, including reduced heart rate, oxygen consumption, and respiration.

Artificially exciting Q neurons was also able to induce a similar hypometabolic state in rats, a species that neither hibernates nor has daily torpor.