News Staff
You can't market a "Tennessee whiskey" unless it goes through charcoal filtration called the Lincoln County Process, named such after the locale of the original Jack Daniel's distillery.

Charcoal is not exclusive to American blended whiskey, this type of filtration is a common step in the production of distilled beverages, including vodka and rum, but while "charcoal mellowing" in Tennesse Whiskey varies from manufacturer to manufacturer, they all involve passing the fresh whiskey distillate through a bed of charcoal, usually derived from burnt sugar maple, prior to barrel-aging the product.

They claim this Lincoln County Process imparts a "smoother" flavor to Tennessee whiskey and it is such a strong point in marketing that they got government to side with them. To put "Tennessee whiskey" on a label, liquor must use that process in some form, and it must be produced in the state of Tennessee from at least 51 percent corn after having been aged in Tennessee for at least 2 years in unused charred oak barrels. 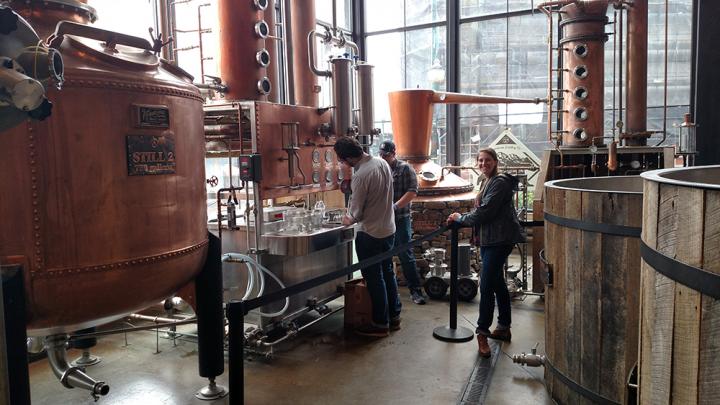 Is there any science to that or is it just perception?

The actual Lincoln County Process distillers use are their trade secrets so they differ from distiller to distiller, and while there are regulations on being able to market Tennessee Whiskey, there are none on how that step is performed, only that it be done.

If you pass the distillate over even a piece of charcoal you have checked off that box so how can anyone know if it really makes a difference? Scientists have to reverse engineer that a little using chemistry. Adjustments to the Lincoln County Process  can modify the flavor profile of the whiskey positively or negatively, which is how so many distillers can produce a drink that differs so much.

Most distilleries don't start off with huge capital warchests for development so they adjust parameters throughout the whiskey production process using plain old taste testing, and blending batches to achieve their target flavor. That is like blasting plants with radiation and chemical baths - mutagenesis - and hoping for random magic, the process that organic food companies use.

In a new study, 31 whiskey odorants were measured via stable isotope dilution assay (SIDA), all showing a decrease in concentration as a result of the Lincoln County Process treatment, albeit to different degrees. That is to say, while the it appears to be selective in removing certain odorants, the process didn't increase or add any odorants to the distillate. This new knowledge can be used to optimize production. The process can be optimized for the removal of undesirable aromas, while maintaining higher levels of desirable aromas, thus "tailoring" the flavor profile of the finished whiskey.