News Staff
A small pilot study has concluded that even one night of exposure to moderate room lighting during sleep can impair glucose and cardiovascular regulation.

Poor sleep is correlated to risk factors like higher insulin and heart rate. Yet more people are being told they should live in cities and in apartments to conserve resources, which means more light pollution. Tablets and televisions are common. The authors say the presence of light confuses our sympathetic and parasympathetic nervous systems, which takes charge at night to help restore the body. 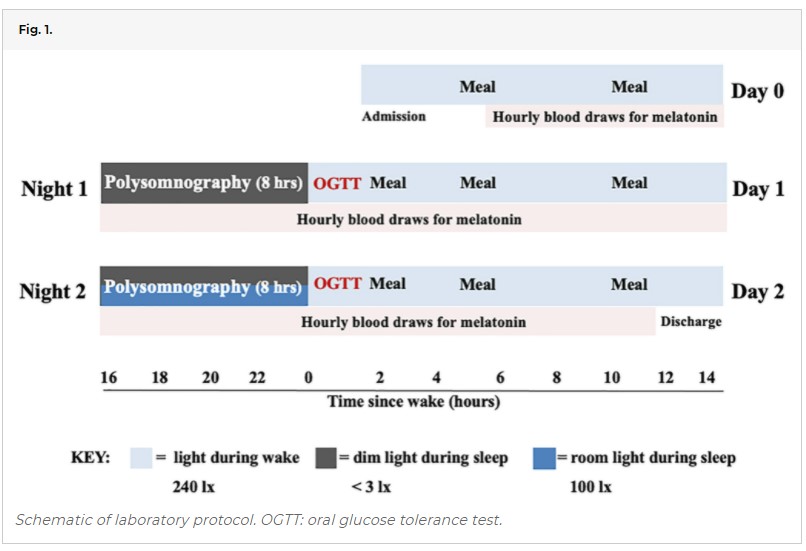 It is established that light has a role in metabolism. Healthy people deprived of sleep in light conditions show effects on glucose regulation not observed under conditions of sleep deprivation in darkness. Light's role overall is less clear. In this experiment the light was about twice low light but not bright light - basically well enough to see, a reasonable proxy for city living or sleeping with the television on. They found meaningful differences in insulin resistance among those who slept in moderate light but no difference in melatonin.

There are numerous confounders. The study was small and not controlled. To reach their conclusion about health effects they invoke observational claims that self-reported artificial light exposure in the bedroom during sleep was associated with obesity in women, and any time the phrase "emerging evidence" appears it is good to be skeptical.

The authors have recommendations. If you live in a city or have light shining through a window and it is possible to adjust the bed so your eyes are not looking at it, do that. An eye mask or blackout shades are also good options to reduce light. If visibility at night is needed for safety reasons, red or amber light is better than blue or white.
News Articles
More Articles All Articles
About