News Staff
In Mongolia, plants preserved in a volcanic ash fall deposit as part of a so-called "vegetational Pompeii," may have resolved the mystery of the Noeggerathiales.

What are Noeggerathiales? Paleontologists have wanted to really know since they first learned of them.

Scientists know they were peat-forming plants that lived approximately 325-251 million years ago but their relationships with other plant groups was unknown. Were they an evolutionary dead end? Now it has been established that Noeggerathiales had the spore propagation mode of ferns and the vascular tissue of seed plants. They belonged to a sister group of seed plants, the former gymnosperm.

The researchers studied complete plants preserved in a 66-cm-thick bed of volcanic ash that fell 298 million years ago and smothered all the plants growing in a swamp. The ash prevented the fossils from being consumed by other organisms or decaying and thus preserved many complete individuals.

From these complete plants, the scientists reconstructed a new species of Noeggerathiales named Paratingia wuhaia that finally allowed the groups affinity and evolutionary importance to be determined. 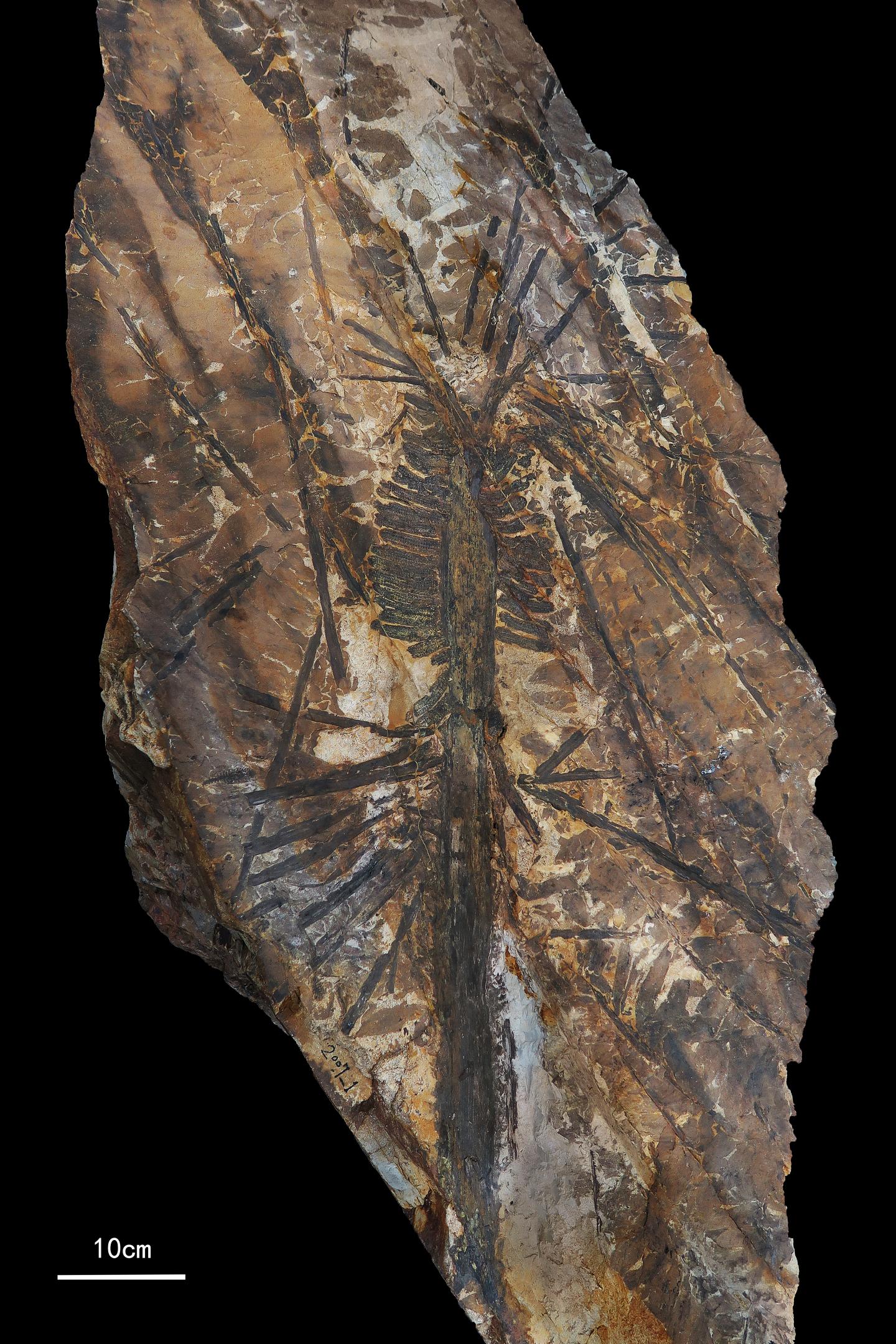 The study also shows that the ancestral lineage from which seed plants evolved diversified alongside the earliest seed plant radiation during the Devonian, Carboniferous and Permian periods and did not rapidly die out as previously thought.

Noeggerathiales are now recognized as an advanced group of spore plant that evolved complex cone-like structures from modified leaves. Despite their reproductive sophistication, however, they were victims of profound environmental and climate changes during the Permian-Triassic mass extinction approximately 251 million years ago that destroyed swamp ecosystems globally.

The "vegetational Pompeii" is certainly a fossil Lagerstätte, preserving a large number of materials that have huge potential for resolving mysteries in the area of palaeobotany.

"The whole-plant Paratingia wuhaia reconstructed here represents a tip of the iceberg. The ongoing research based on the fossils from the 'vegetational Pompeii' may bring about more and more reconstruction of ancient plants," said Professor Wang Jun from the Nanjing Institute of Geology and Palaeontology of the Chinese Academy of Sciences.
News Articles
More Articles All Articles
About