News Staff
Astronomers have been assuming that real new knowledge of black holes might have to wait until 2030, when/if NASA’s gravitational wave detector, LISA, launches into space.

The Event Horizon Telescope may have something else in mind. They have called a press conference for Thursday and speculation is rampant about what it might mean.

The Event Horizon Telescope is a global network of synchronized radio dishes acting as one giant telescope to improve the study of general relativity in the strong field regime and three years ago they produced the first ever image of a black hole - nothingness enclosed by a fiery ring of light at the center of galaxy Messier 87 in the center of the Virgo A galaxy. A year ago they imaged the heart of the nearby radio galaxy Centaurus A. 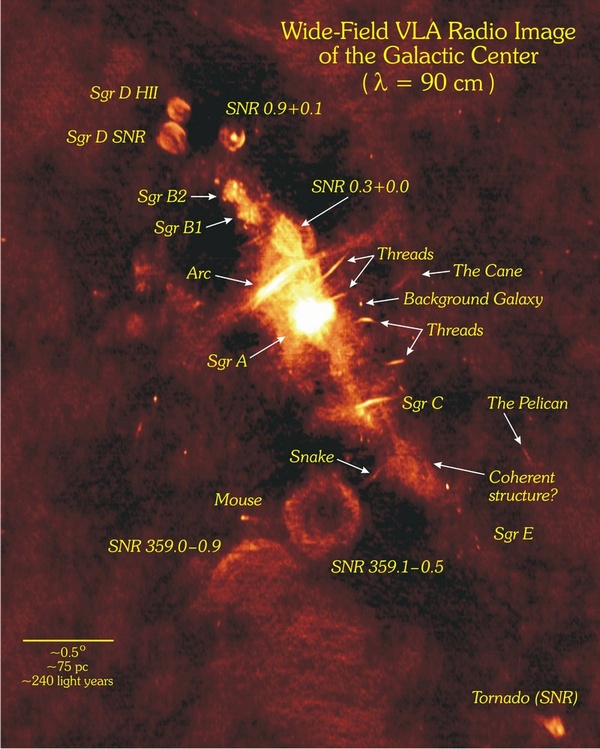 On May 12th, 2022, they intend to announce results from the Milky Way. Does that mean the project has now imaged Sgr A*, the black hole we orbit?

Sgr A* is, as you might expect, located in the Sagittarius constellation (so no matter what astrology sign you think you are in whatever hemisphere, you are Sagittarius) bur we can't 'see' it due to the cosmic dust that makes up the Milky Way's spiral arms. It is instead inferred using data from experiments like The Very Large Telescope in Chile, which thanks to activists in Hawaii is the new world home of astronomy, and other things like the disappearance of the gas cloud G2.

The Event Horizon project doesn't need optical wavelengths so we might get our first glimpse of what could be the cosmological heart of humankind 26,000 light years away, but with 4 million times the mass of our sun.. Let's just hope it is not the home of the Nuclear Chaos, Azathoth, from those Cthulhu stories.