I've written about this before. Without trying to sound too cocky, I will state that, in my humble opinion, that the title of my first article was the best ever. Since I get paid one-twentieth of a cent per view, I'm hoping that my failure to divulge this information here might tempt 1,000 of you to clink on the link above, if only out of morbid curiosity, thus enabling me to add $0.50 to my already-vast fortune.

What is most interesting, is how this strange episode went down.

Flibanserin was originally developed by Boehringer-Ingleheim as an antidepressant. It failed in the clinic, however, there were some signs of increased female libido in the women who had been enrolled in the trial. Boehringer then switched gears, and tried to develop flibanserin as a potential treatment for hypoactivesexual desire disorder (HSDD), a condition that primarily involves low libido. This didn't work out so well either.

In 2010, an FDA expert panel unanimously voted against its approval, based on safety and efficacy concerns. Boehringer dropped flibanserin in 2010, and promptly sold the drug to Sprout Pharmaceuticals, a startup that was formed solely to gain approval for flibanserin to treat HSDD. Sprout was formed from what was previously Slate Pharmaceuticals, a company that sold testosterone replacement to men.

For years, Sprout repeatedly tried to ram flibanserin through the FDA. In 2013, the company submitted additional data to the agency in hopes of getting it to change its mind. It did not (again unanimously), again, because of significant side effects and minimal efficacy.

In 2014, Sprout appealed the FDA's decision at which time, the agency suggested that Sprout conduct additional safety studies, one of which involved impaired driving.

So now, with its drug having been turned down more often than the sheets at The Waldorf Astoria, the company got some help. They went the "rent a group" route. Sprout helped pay for a coalition of 26 women's groups called Even the Score, which was formed for the express purpose of lobbying Congress and the FDA. The group pushed very hard to get the drug approved under the ridiculous assumption that, since men had drugs for sexual (erectile) dysfunction, that the absence of any comparable drug for women was a simply result of sexist attitudes at the FDA.

And dishonest. "While Even the Score does not advocate for the approval of any individual drug, as the first HSDD [hypoactive sexual desire disorder] medical treatment in a pipeline that must be opened, the coalition believes that flibanserin deserves the Agency's fair consideration."

Translation: "We know damn well that there is exactly one drug that is in development for HSDD, but we're going to pretend that we don't, just in case there are one or two idiots out there that will actually believe this crap."

Even more dishonest: Even the Score maintained that there were 24 approved drugs for male sexual dysfunction, yet none for women. What they neglected to mention was that the real number is not 24; it is four. They were counting different brand names for the same drug in different countries, as well as different formulas of testosterone. Pretty sleazy, if you ask me, but not out of character with Sprout/Slate (see below). Even today, not only is this lie repeated, but the number has sprung up to 26!

But, it worked. In June 2015, the expert panel changed its mind, voting 18-6 to recommend that the FDA grant flibanserin final approval. Whether this had anything to with lobbying is anyone's guess. (Hint: yes).

Not everyone was delighted with this decision, especially three doctors who wrote an opinion piece in the July 6th issue of JAMA. Walid F. Gellad, MD, from the Division of General Internal Medicine and Center for Pharmaceutical Policy and Prescribing at the University of Pittsburgh, and colleagues wrote:

"The FDA regulates drug approval and marketing, not the practice of medicine. The Committee’s discussions about flibanserin and off-label use highlight the challenge that the FDA encounters when considering a product that may help a subpopulation of patients, but also has a risk-benefit profile that may make it unacceptable for broader use."

Sprout conducted another trial using endpoints (desire, and the number of sexually satisfying events per month). Flibanserin may have worked, but it certainly doesn't work very well: "In an FDA 'responder analysis' of the phase 3 trials, after accounting for the placebo effect, approximately 8% to 13% of women were at least 'much improve' on at least one of the primary outcomes."

The efficacy is unimpressive, but most of the concern of the FDA revolved around safety, especially sleepiness, and fainting from low blood pressure.  But even more so, the biggest concern was the possibility that the drug—for women only— would potentiate of the effect of alcohol. But this was not was observed. This just maybe had something to do with the fact that of the test group of 25 people, 23 were men!!

Which makes me wonder about the clinical trial population for the next new IUD: 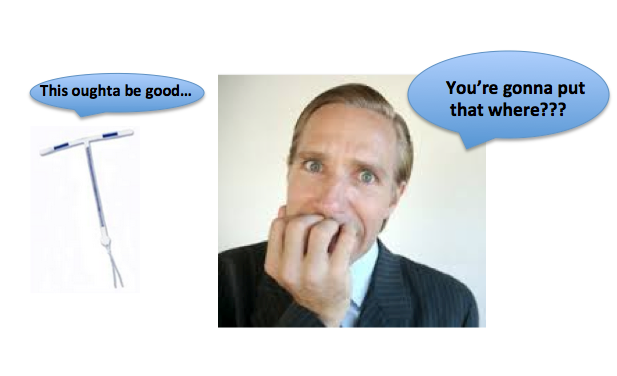 So, in a sane world, this one would be a no-brainer—a marginally effective drug with significant side effects. Pretty much the kind of thing that would be voted down unanimously. Which it was. Twice until the lobbying started.

If this whole thing doesn't smell right, maybe it shouldn't. It is ironic that Sprout arose from Slate Pharmaceuticals. They weren't exactly squeaky clean. Slate sold testosterone implants to men who had low testosterone. Perhaps "oversold" should be the term, since Slate got themselves in a whole lot of hot water when the FDA decided that Slate's ad for implantable pellets exaggerated the benefits of testosterone therapy while downplaying the risks. I don't recall any men's rights group protesting this decision.

Is it fair to say that Slate/Sprout comes up a little short in the ethics department? Don't ask me. Ask Dr. Adriane Fugh-Berman, an associate professor in the department of pharmacology at Georgetown University: "This company already has a history of unethical marketing. If approved, I think this drug will be widely prescribed, and we would see an epidemic of adverse effects."

Well, it was approved, but a look at the label isn't exactly comforting. From The New York Times:

"Addyi’s label has a boxed warning — the strongest kind — saying the drug should not be used by those who drink alcohol, since that can increase the risk of severely low blood pressure and fainting. It is also not to be used with certain other drugs and by people with liver impairment. The pill can be prescribed or dispensed only by doctors and pharmacists who watch an online slide presentation and pass a test of their comprehension. Women are advised to stop using the drug if they see no effect after eight weeks.

I figure that after all the celebrating is over, women aren't going to be terribly pleased with what they actually have.

You can lobby to get a sucky drug approved, but you can't lobby for it not to suck. 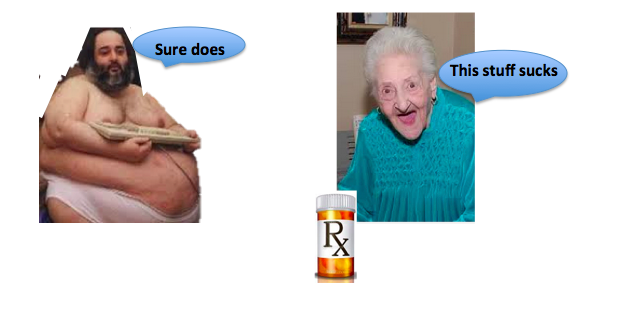