Bente Lilja Bye
Planet Earth is a magnificent planet and that is an understatement! I think it looks particularly good from space, although I do appreciate the daily close-ups I am literally living in here at the edge of the woods in Norway.

Some say that the little blue dot is one of the most important images ever taken, showing how truly small we are, not only us individually, but in fact our entire planet. It is so small it is not even noise as I love to say, making a point of my background from astrophysics.

Now, NASA has come up with yet another brilliant way of engaging the public. NASA and its Earth Observatory is organizing a tournament where we all are invited to cast a vote for our favorite satellite image. What I really like about it, is that there are several categories of images and the tournament goes on over several weeks.

The tournament started today and you have now the chance to be a maximum influencer and decide which of the candidate satellite images of our planet is NASA and the Earth Observatory's very best.

I have of course already cast my first votes. Please, do not restrain yourselves. Jump in and participate in

I will reveal that this image is among one of the views of Earth that got my vote this week. Which one will you vote for? 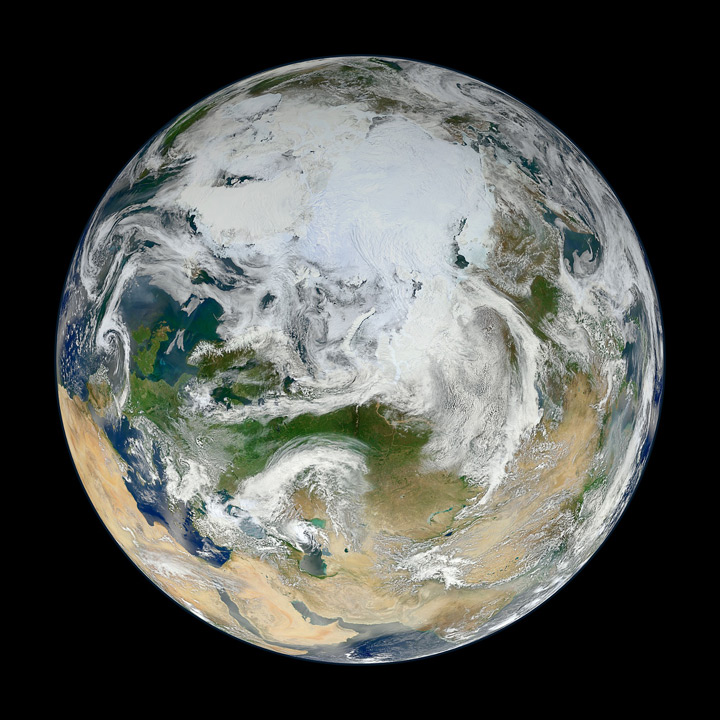 What can I say? I practically live in the Arctic....:-)
PlanetBye
More Articles All Articles
About