Star formation and star death are wonders that never cease – and never cease to fascinate. Every day, at least once, my wondering attention is drawn outwards into the Universe's astounding billions of galaxies of billions of stars that shine for billions of years.

Out there, uncountable numbers of celestial bodies are, during every moment of all earthy troubles, coalescing and igniting and collapsing and dimming, wildly or weakly transforming space, time, matter and energy.

Scientists in many fields focus their questioning gazes on Earth's only close-up star, in part, to figure this planet out. The average-sized, middle-aged (4.6 billion year-old) yellow star we call the Sun, our world's only daylight radiating star, has many lessons about the processes of life and existence to impart. 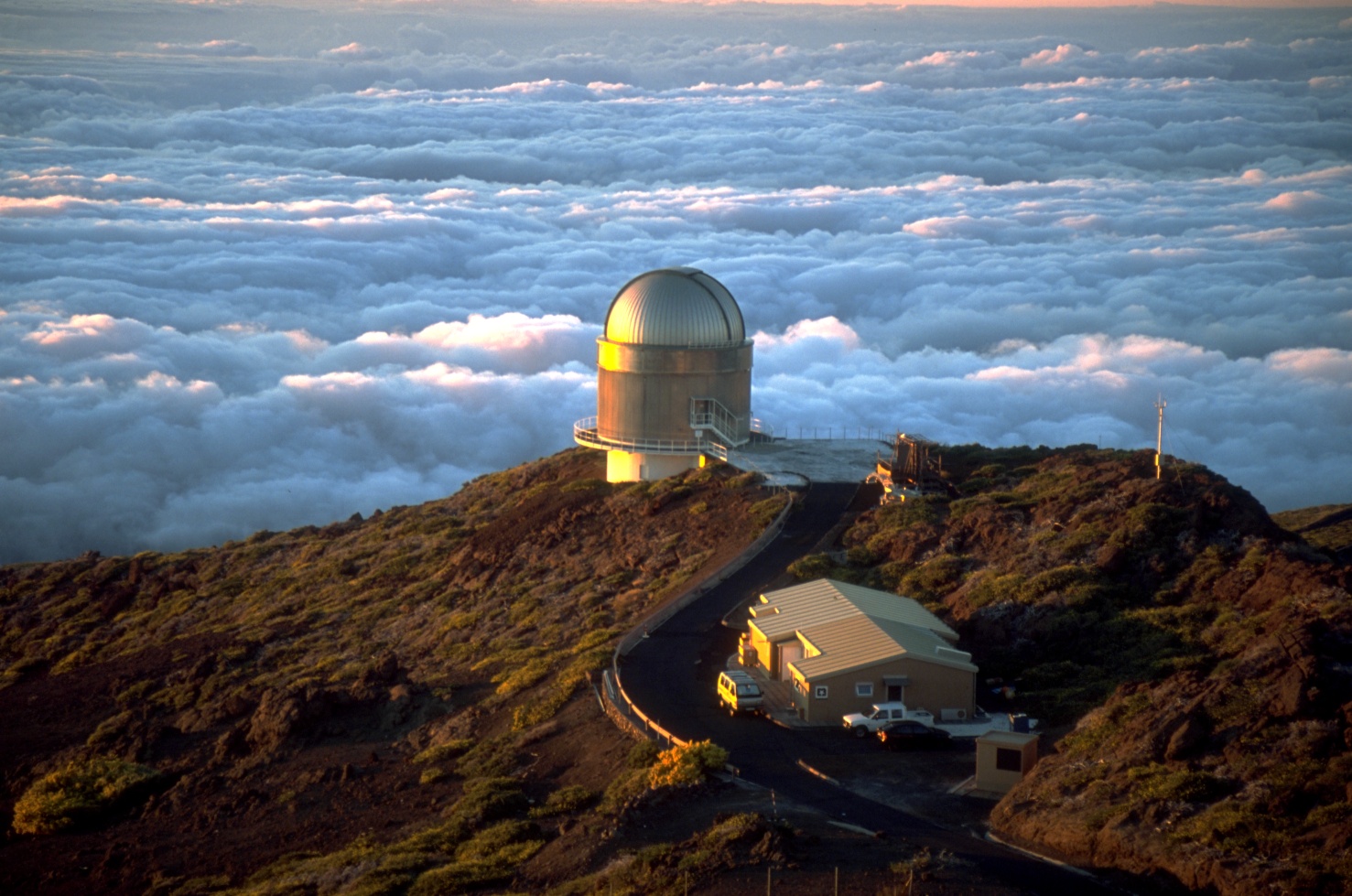 The Nordic Optical Telescope (NOT) telescope at Roque de los Muchachos Observatory sees through clear skies above the clouds, in June 2001, by Bob Tubbs, via Wikimedia Commons

Astronomers peer outward at many electromagnetic wavelengths to learn and theorize about the universal forces that are always, in all ways, generating and changing everything there is. They observe as much as they can of the constant, multifarious deep-space commotion, from the brilliantly dazzling to the densely clouded-over.

But human eyes can see only a thin band of the universal spectrum, though dreams can run the gamut.

It takes giant, computerized radio, infrared and x-ray eyes to augment human eyesight and transform human visions into scientific discoveries. Technologically advanced telescopes stare steadily towards the edges of knowable space and time on our behalf, then burn the information they learn into weird and amazing color-coded, data-rich and human-friendly images.

Whenever astrophysical researchers release their latest pictures, I gasp, along with many others, amazed. Those imagination firing, art inspiring, unnaturally painted celestial portraits thrill me and stir hope.

All the arrays of high-tech, specialized telescopes, strategically placed to show earthlings many splendors beyond a conflict-clouded planetary backyard, also demonstrate how effectively curiosity can motivate productive international cooperation.

Do astronomical images bring you encouraging visions? Do tell about your favorite stellar big picture.
More Articles All Articles
About