Bente Lilja Bye
When we experience disasters like the earthquake in Haiti January 2010, we naturally ask the questions: Could we have known (early warning)? Could we have been prepared (mitigation plans)?

Haiti on the Hispaniola island in the Caribbean. Credit: USGS

There is no simple answer to that, because it relies on many factors. Technically, Haiti could have  been better prepared, in the sense that we have the knowledge to build early warning systems and disaster mitigation plans. In the case of Haiti, scientists knew since 1998 (Timothy Dixon et al) that stress was building up fast and ready to cause 7.0 earthquakes any time. Please note that when it comes to earthquakes, any time means from 10-100 years, the timing is not precise. As newly as  2008 the information about an eminent earthquake was confirmed (by Paul Mann et al) at the Caribbean Geological Conference. These scientists, who use GPS to monitor tectonic plate  movements, informed the Haitian authorities about this danger. (see also this article). These two scientific papers are both input in the risk assessment element of an early warning system and mitigation plans.

The UN International Strategy for Disaster Reduction (UNISDR) has defined what and early warning system is. (UNISDR, Living with Risk-a global review of disaster reduction initiatives, 2004).

In general terms an early warning is the provision of timely and effective information that allows individuals exposed to a hazard to take action to avoid or reduce their risk and prepare for effective response. An early warning system therefore consist of the following 4 elements: 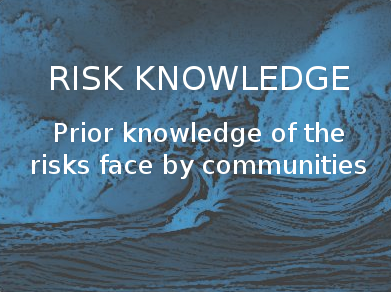 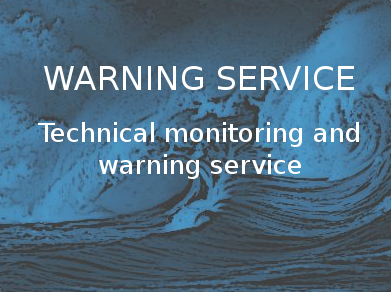 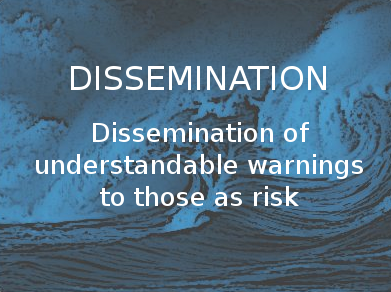 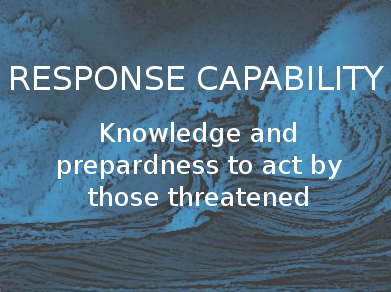 A glance on the graphic above tells us that knowing about the risk is only part of the picture. The political, economic and social conditions in Haiti made it difficult to establish such an early warning system. More importantly it prevented working out and implementing mitigation plans based on risk assessments, which is fundamental to reduce disasters. Mitigation plans would typically consist of urban planning that regulates the quality of  buildings as well as placements of schools, hospitals, pipelines etc. Knowing is pivotal but only part of the picture.

In the program The Science Behind The Haiti Earthquake, I let the International Centre for Geohazards explain in more details how risk assessment is being done. I also talk to Prof. Tim Dixon from the University of Miami about the Enriquillo-Plantain Garden fault system  in the Caribbean and have Prof. Bill Hammond from the University of Nevada explain the difference  between the Haitian, Californian and Nevada's seismicity.

From a purely scientific perspective, an earthquake is good news. Today we have so many sensors  installed picking up various signals from natural events, that analysis of the data will boost our knowledge. Seismic fault models can be validated or improved etc. An earthquake like we saw in  Haiti will not only fuel the scientific knowledge production, the observations and scientific results are also important input to an updated and renewed risk assessment of the area.

Immediately after the Haiti earthquake the scientists mobilized. A group of scientists that has specialized on the Enriquillo-Plantain Garden fault (Tim Dixon representing the University of Miami  group, Eric Calais representing the Purdue University group and Paul Mann representing the  University of Texas group and others) sent a team of geodesists to do GPS field survey in Haiti. Food and  medicine are important, but not the only life savers. The fact that the National Science Foundation  supports this field trip is a good example on the hidden life saving economic and professional support the scientific community provides. In addition technical support  is being provided by UNAVCO, who also host the so-called supersite for the Haiti earthquake, a one stop site under the GEO umbrella where you can find near real-time data and analysis from groups involved in operating earth observation infrastructure, both in-situ and space-based, as well as modeling and analysis work.

I recommend reading the geodesists live blog from the field trip for an excellent insight of the  pleasures, challenges and risks that scientists experience. 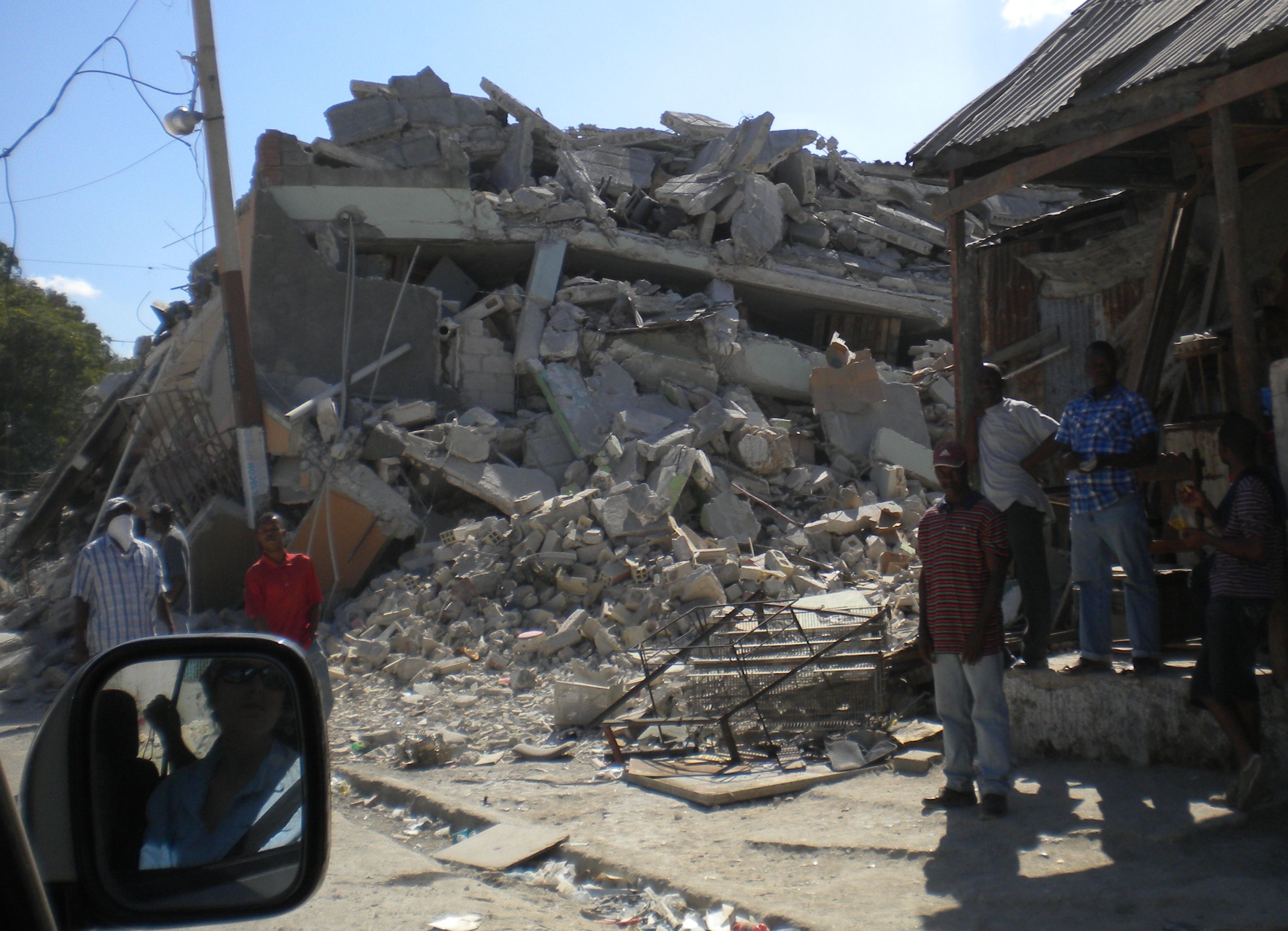 GPS field survey in the rubble after the Haiti earthquake. Photos: NSF GPS Team in Haiti.

Based on their extensive experience a number of UN bodies are engaged in rebuilding the Haitian  society. The Haiti earthquake has engaged scores of other groups as well and substantial relief support has been given from nations, organizations and people around the globe.  Some risk assessment experts, like Conrad Lindholm from the International Centre for Geohazards and NORSAR, a geo-scientific research foundation in Norway - or Brian Tucker from Geohazards International, suggest that some 10 % of these resources should be earmarked for disaster mitigation both in Haiti (Times on suggestions for  future mitigation in Haiti), but also for other mega cities with high risk and  vulnerability. 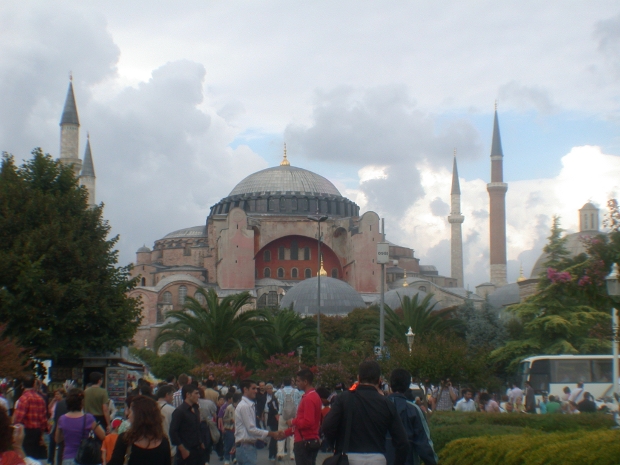 The vibrant historical city of Istanbul is one of these places. With its 11 million inhabitants situated almost right on top of a seismic fault in Turkey, the city sits on a natural hazard bomb that could blast anytime  creating a human, economic and cultural disaster of unprecedented dimensions. Just like in Haiti. Another megacity placed in an earthquake prone area is the Indonesian capital Djakarta. Are the authorities ready to handle a major earthquake there? 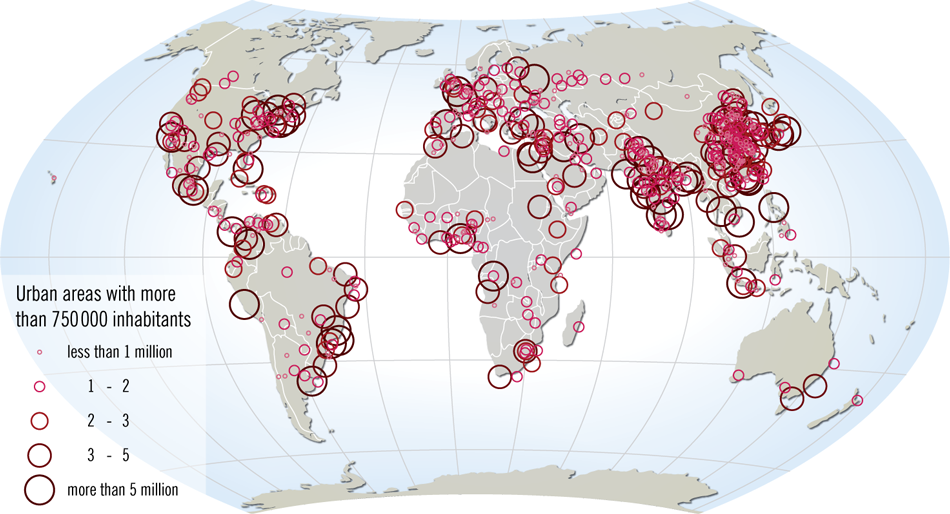 Urbanization makes us more vulnerable to natural hazards. World map of mega urban areas made by Nordpil for the UNECE report Catalysing Change.

GEO has established so-called communities of practice where geohazards is one out of 11  communities.

For more links check out The Science Behind the Haiti Earthquake.

The author is an expert on natural hazards. She co-convened a section on Natural Hazards at the American Geophysical Union Fall meeting 2009 and has worked on diverse aspects of natural hazards ranging from science to politics.