On this very date, 18th of May, 30 years ago, Mount St. Helens reawakened with a devastating eruption. If it weren't for the magnificent images taken by the USGS I would have had a hard time  believing just how devastating it was. The unexpected lateral blast killed volcanologist David A  Johnston on his observation post – now called the Johnston ridge – and simply ripped out the trees from the hill sides. 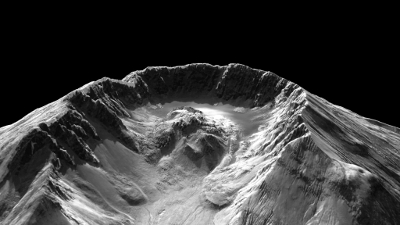 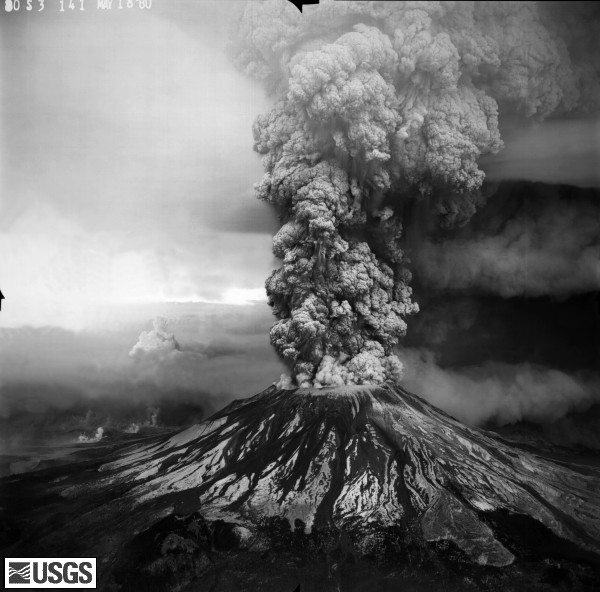 My life has been all about volcanoes the last few months. Thanks to a certain Icelandic volcano who's name nobody knows how to pronounce or until March 2010 had even heard of for that matter.  Except for the Icelandic people of course. Old Norwegian is very close to todays Icelandic and old  teenagers love to play around with this language of the Vikings, no matter how tired they are of  obligatory 12 years of school. Thus, I (no long an old teenager) am among the few outside Iceland who knows how to pronounce it – and what it means. Preliminary sound-bite has been left on Chatterbox, but I promise that you will hear me say it again in June...

Eyjafjallajökull caused a hell of a lot of trouble for Europeans first and then, for a bunch of other people when it's ash cloud reached European airspace. For a number of reasons the eruption kept me busy  studying volcanic ash warning systems and volcanoes in general. In this process Mount St. Helens 'showed up'. Mount St. Helens, unlike Eyjafjallajökull, killed people. In spite of intense monitoring of  crustal movements and earthquakes, giving distinct signs of something definitely 'in-the-cooking',  when it finally erupted it came as a surprise. It wasn't the eruption itself though, that was surprising,  but the way it erupted. When you picture a volcano, you normally see some smoke and  lava coming out vertically, reaching directly for the sky. Unfortunately Mount St. Helens erupted in a lateral direction blasting off a huge chunk of its side. This is what made Mount St. Helens so lethal,  even for the experienced volcanologist like Johnston.

I'm a firm believer in monitoring and relentless studies of the physics of nature. However, as an astrophysicist used to deal with deadly dozes of cosmic radiation, nuclear reaction let alone the Big  Bang, I am amazed by the naïve belief so many of us have in our ability to tame mother nature, or simply forecast her behavior. We constantly underestimating the forces she possesses and can throw at us on a whim. One of the reasons for this naivite is perhaps the accelerating urbanization.

I love to go hiking in the mountains – always have, always will. The mountain can kill you without a show-off like a volcanic eruption, if you are not prepared. All it needs to do is to have the weather  change rapidly. If you are not prepared with equipments like clothes and spare food, fog, cold wind and rain are actually all it takes to end your life. This is basic knowledge for experienced mountain  lovers. So much so, we aren't even reflecting over the life threating situations we are avoiding by being prepared. But, if you live your life in the city, you are not necessarily reminded of these  powers.

“I have got well into the life in Malmö, which I find exiting!!!! What I hate is !! THE WIND!! London had lots of buildings holding back the WIND!!!” Jan Olofsson

Photographer and music publisher Jan Olofsson is an urban citizen who was living among celebrities like The Beatles, Jimi Hendrix, The Rolling Stones and many more in the swinging sixties' London. His  words can be found on his Facebook pages as a comment on returning to Scandinavia after 43 years  in London. The city absorbs or dim the effects of natural forces. One can easy forget their  powers.

Mount St. Helens eruption keeps on fascinating us, like volcanoes in general. Still, after 30 years we  need to be reminded of the Scouts motto: Always Prepared! Just look at how Eyjafjallajökull caught  airline industry off-guard.