Bente Lilja Bye
Have you noticed that whenever a [natural]disaster strikes we quickly look around to find a guilty party? The first place we look is among politicians. The politicians are not to blame for the natural disaster of course, at least not the nature part of it. The dimensions of the disaster can however fairly easily be tracked back to humans, more specifically to the political leadership who are responsible for managing both natural and human resources. 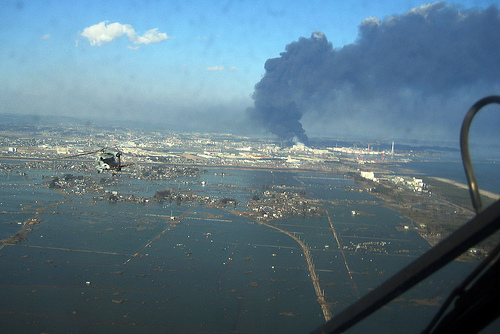 Natural hazards becomes huge disasters if politicians are not taking early warning seriously. The above image shows Sendai after the Tohoku-oki earthquake in Japan. This disaster would have been substantially larger if Japanese authorities and politicians had not built a warning system. Photo: US Navy.

On one of my visits to China I had a political epiphany. A scientists at Institute of Geographic Sciences and Natural Resources Research, CAS studied old precipitation charts and tried to calibrate the old charts with new meteorological measurements. She told me that these charts were not only precious today offering extended time series of precipitation in China, but perhaps even more so at the time when they were recorded. These types of charts (data) were namely inspected by the emperor himself. That is how important they were considered for governing purposes. The Chinese emperors benefited from centuries of wisdom and knew that knowledge about natural disasters (no rain leads to no crops leads to famine and potential riots) were crucial for political planning and protection of 'harmony' (that is how they express their remaining-in-power strategies in China as far as I have been able to observe).

Although we repeatedly observe the same mechanisms today; after the initial shock from a natural disaster, the suffering population starts to look for the crooks who caused their misery. They always find that the crooks are the political leaders. Always! And ill prepared politicians risk political decapitation. Unless they try to dodge the bullets and redirect them towards scientists of course, as we saw in the wake of the l'Aquila earthquake in Italy 2009. It could be this is the strategy of the politicians in Nevada. 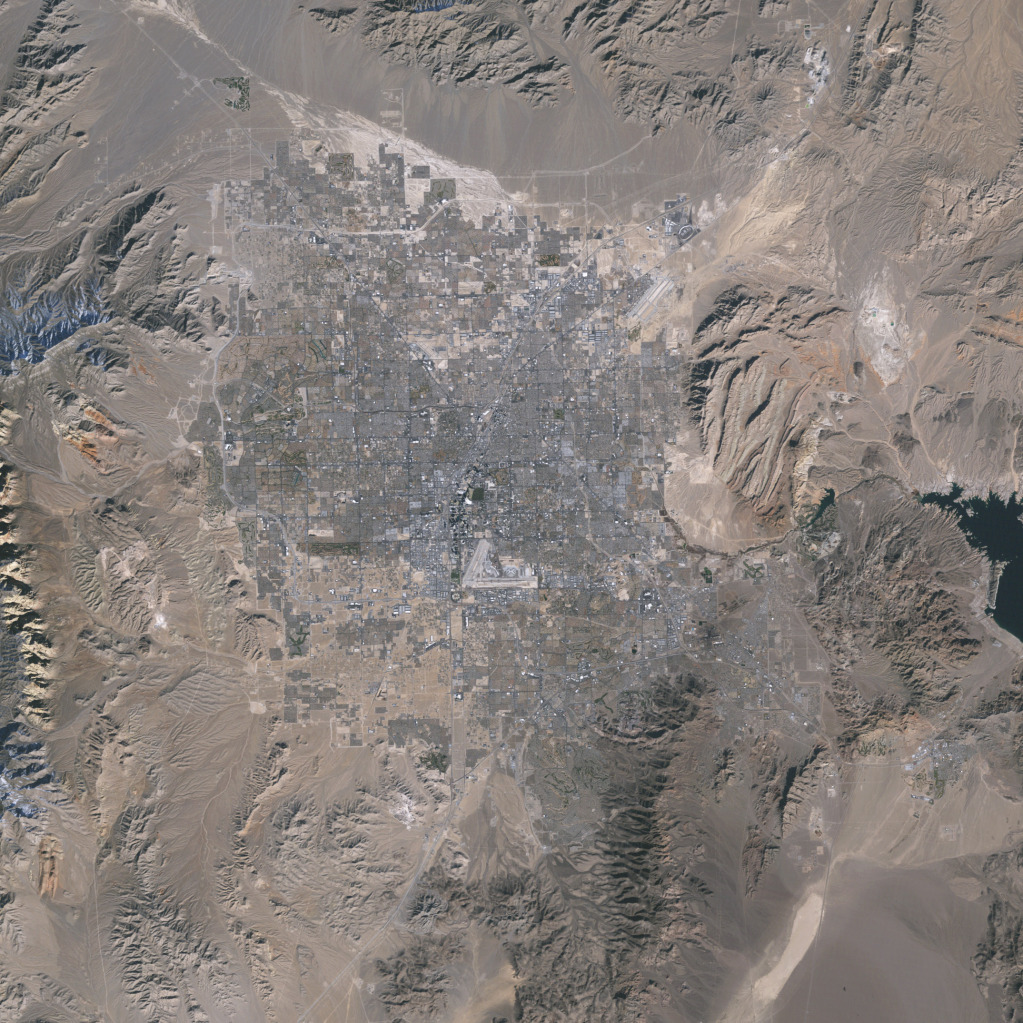 Nevada is world famous for more than gambling, Here is however gambling capital Las Vegas, Nevada as seen by one of NASA's satellites. Photo: NASA

I know that Nevada is all about gambling. With Las Vegas as the prominent symbol of that. Las Vegas has a little sister called Reno - The biggest little city in the world. This is where Nevada Bureau of Mines and Geology (NBMG)  is situated, at the University of Reno.

If you need to escape the lunacy of gambling, NBMG offers an oasis of sanity. It appears that this oasis might soon be shut down as it faces a 50% cut in budget . In practice that is a death sentence for this international center of excellence. Hidden by its somewhat backwards name (I'm sorry NBGM) is a gold mine of state-of-the-art science and applications, including key Earth observations and analysis of GPS data of crustal movements. The activity is not limited to the state of Nevada mind you, but the entire world. In this respect, Reno does actually deserve to be called the Biggest Little City in the World. Do not take my word for it but check out the testimonies of support from all over the world. 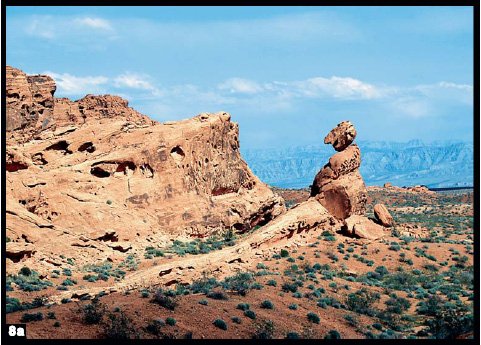 Nevada is known for more than gambling. Here is an example of its vast isolated nature. These balancing rocks provides interesting information about the seismic activity in the region that is also saturated with various instruments like GPS and seismometers. See more on NBMG's Facebook pages. Photo: Jack Hursh

It is perhaps a lot to ask of the Nevadians that they should listen to Chinese wisdom, taken the current economic and political relationship between the USA and China. It seems Nevadians need some help to overcome the fear of this potential loss of face and instead focus on reducing potential loss of lives by keeping the jewel of a research institution like NBMG intact.

Should Nevada be immune to such help and maintain their decision on down sizing a key research institution and thus lessen their natural hazards preparedness, their leaders could very well be signing both a death sentence and committing political suicide in one go. That is the gamble!
PlanetBye
More Articles All Articles
About