The Ordnance Survey (national mapping agency for the UK) has just released their first map of a region on another planet. It's a high resolution relief shaded contour map, and includes the area of Mars where ExoMars will land in 2018. Here is a close up view of it with the ESA landing ellipse in Oxia Planum superimposed. 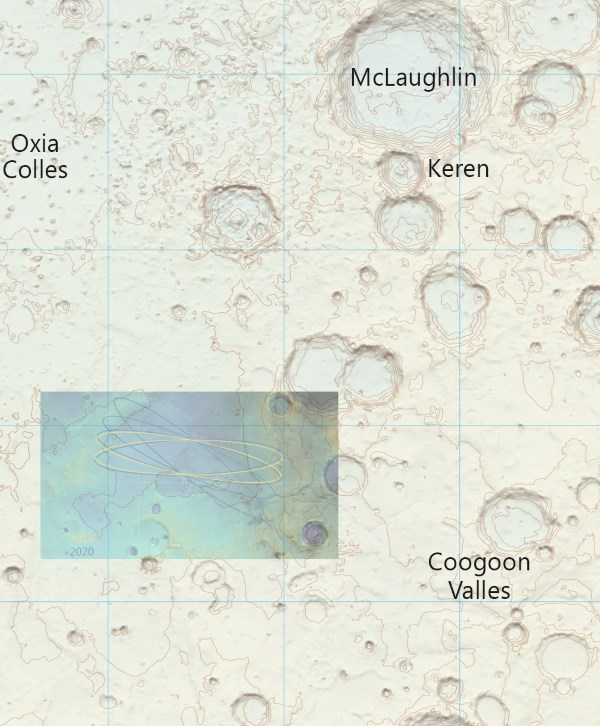 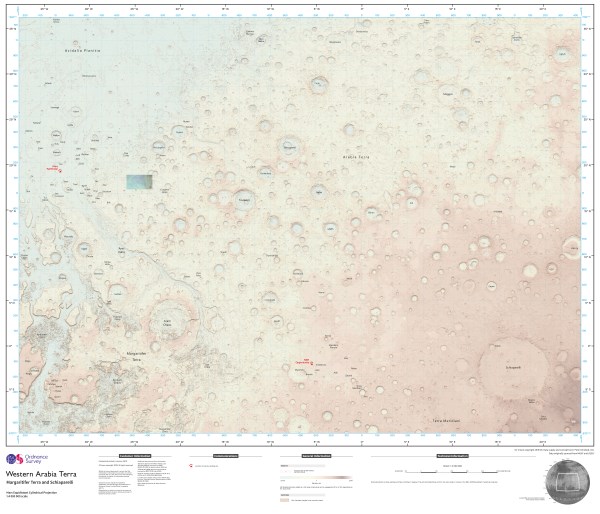 Landing ellipse from Landing Ellipse Recommended for ExoMars in 2018.

And map (released by the Ordnance Survey under creative commons license)from their Flickr stream here.

The map was made by the cartographer Chris Wesson, and covers about 10 million square kilometers, or about 7% of the surface area of Mars. He was asked to do it by Dr Peter Grindrod, of Birbeck college, University of London.

And for some background on the ESA ExoMars landing site Oxia Planum and some of the other sites they considered and more generally, sites of interest for the search for life on Mars, especially past life, see my Where Should we Send our Rovers to Mars to Unravel Mystery of Origin of First Living Cells?

MORE ONLINE POSTS AND LINK TO MY AUTHOR'S PAGE