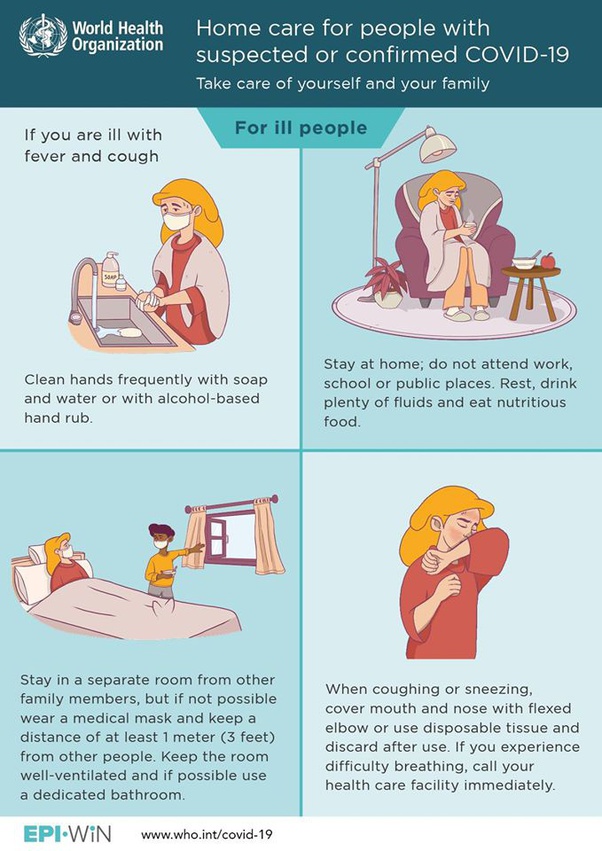 Do You Know These 10 Ways To Protect Yourself And Loved Ones From COVID? How We Can All Help Stop Our Outbreaks

I base this on the advice of the WHO, the US CDC and other such reliable sources. Check the... 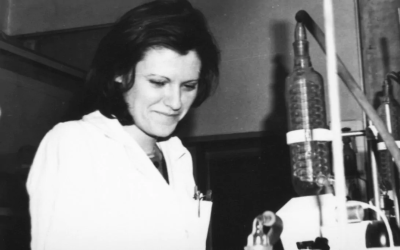 No - MRNA Vaccines Do Not Rewrite Your DNA Or RNA

The WHO and the CDC are using the exact same safety protocol for mRNA as for any vaccine - they... 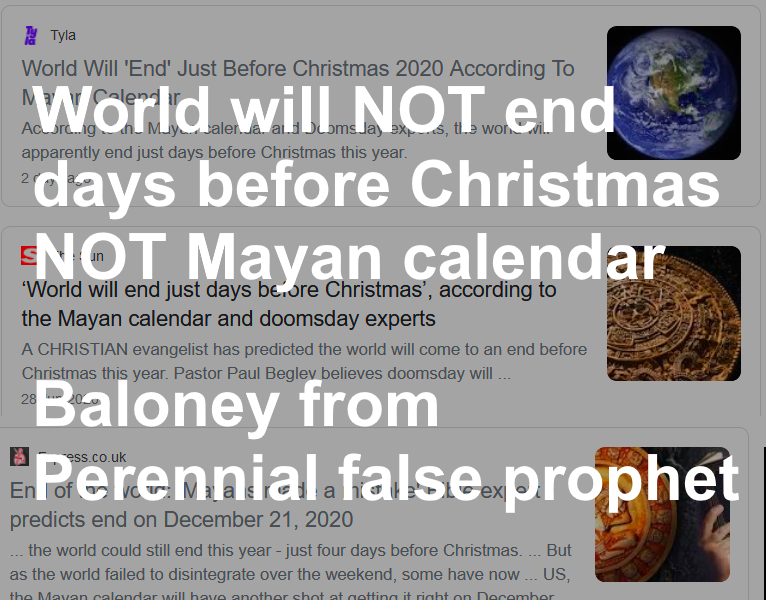 This is yet another baloney false prophecy from Paul Begley. This is scaring people I help to... 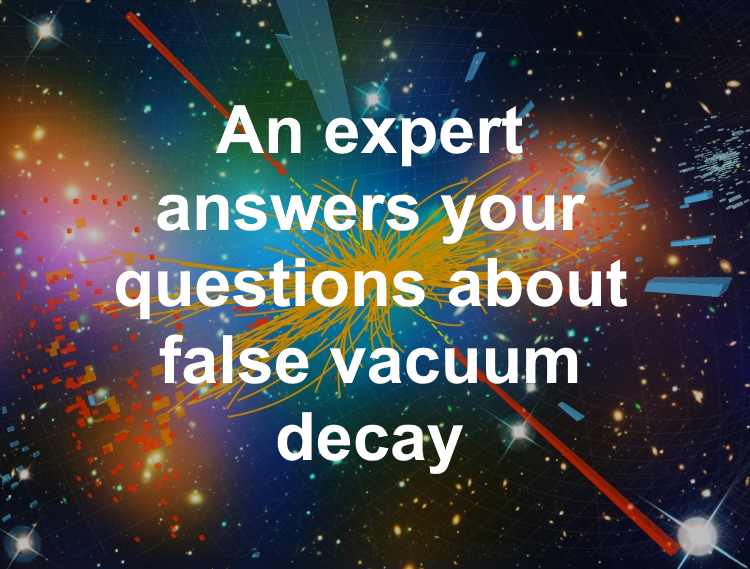 Dr Tommi Markkanen, an expert on the False Vacuum has kindly answered these questions in an...

I am glad to read that the former health secretary Jeremy Hunt is asking our government to follow the WHO recommendations on COVID19. Not just mass testing, also quarantine and contact tracing, all on an unprecedented scale. His op ed is here:

400 of those machines would test a million samples a day. 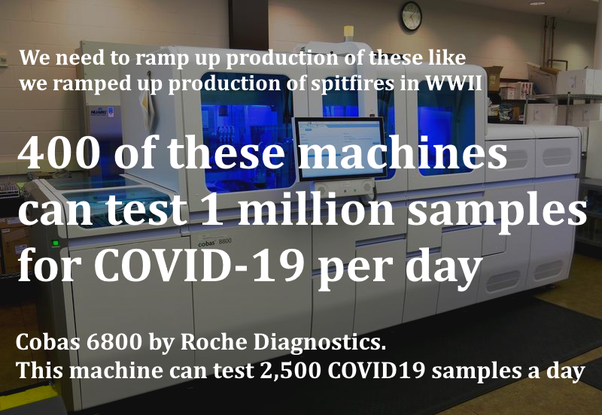 The UK’s policy is based on a model such as is used in pandemic simulations. The (simulated) influenza in this model is an upper respiratory tract infection, and is airborne which means you can get it just by breathing the air of someone who is near you. Their simulated disease also has a large population of people who don't show any symptoms and have half the infectivity of those who do have symptoms. These assumptions are not based on real world data for COVID-19 but rather on data for influenza. Influenza and COVID19 are unrelated diseases. Both are respiratory tract infections,but influenza is not a coronavirus.ns is that we are using a simulated flu to guide policy rather than data from the real disease.

Good news - one small Italian town, Vo Euganeo, has completely stopped its outbreak by rigorously testing everyone in the community including those who were asymptomatic. To do that they disregarded a directive from their government to only test those who had symptoms.

Even China didn’t do that, or Singapore. They only tested those with fever or respiratory disease symptoms.

Vo Euganeo is in Veneto which has had consistently lower case numbers than the other provinces and has had the most rigorous approach to case finding.

I have sent variations of this email to my local MP, the shadow health secretary, leaders of the main parties etc.

Please challenge the government and ask for an evidence based science debate on the basis for their COVID-19 policies.

You can check what I say here with the experts at the WHO.

I have just sent this email to the Prime Minister: 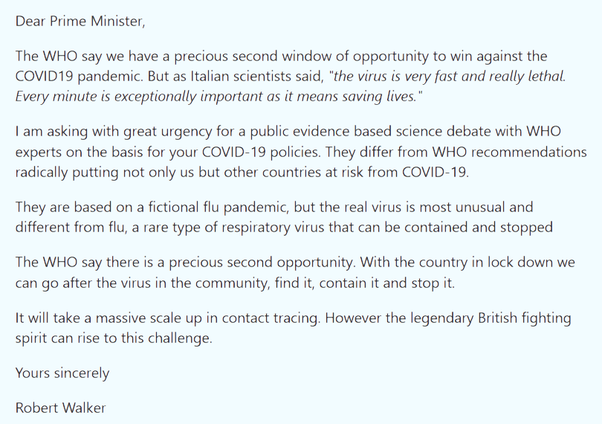 Few in the UK seem to realize that our policy for controlling COVID-19 differs radically from the WHO recommendations. The WHO say we need to test all suspected cases, quarantine them, trace all close contacts and ask them to self isolate. The UK was doing that until the 12th March when they decided to stop testing for mild cases.

The director general gave a really good speech on Friday, and I am sharing it here, to help people have more courage in what are going to be difficult times.

Up until March 20th, the WHO said this is the first pandemic we can stop.

Now the WHO say that Wuhan has its first day with no cases which shows the world that even the most severe situation can be turned around.

They are particularly concerned about the effects if it reaches vulnerable populations of malnourished children and people with AIDS which is endemic in parts of sub Saharan Africa.

He says however none of this is inevitable. This is the first pandemic in history where we have the power to change the way it goes.